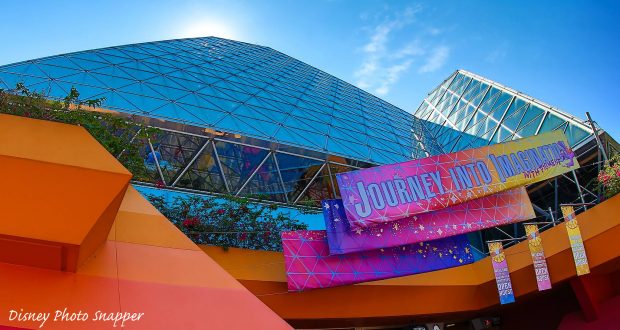 10 Things You May Not Know About Walt Disney World

Walt Disney World is a truly massive vacation destination with four theme parks, two water parks, Disney Springs, and over two dozen Disney Resorts. With so many places to enjoy, guests can easily find themselves lost in trying to see and do as much as possible and overlooking a lot of amazing details and hidden secrets along the way. The four theme parks of Walt Disney World each feature incredible attention to detail which enriches guests’ experiences and also feature many overlooked details and hidden secrets. From Hidden Mickeys and unique props to historical tributes and special effects, there are plenty of hidden details in the four theme parks which often are overlooked by guests. Here are ten things that they won’t tell you about Walt Disney World…but we will!

One of the most beloved attractions in all of Walt Disney World is the Haunted Mansion in the Magic Kingdom’s Liberty Square. The attraction brings guests into the stately manor house where they encounter nine hundred and ninety nine happy haunts who cause eerie happenings and strange occurrences. An iconic scene from the Haunted Mansion finds guests in a grand ballroom where the spirits are having a celebration including dueling from high above, blowing out the candles on a birthday cake, and waltzing across the dance floor. The ghostly effect is pulled off by a technique called Pepper’s Ghost which utilizes strategic lighting and reflections to create the happy haunts seen before guests.

Also found in the Magic Kingdom is the Swiss Family Tree house in Adventureland. The attraction has guests climb to the top of the unique home crafted by the Swiss family after they were shipwrecked on a tropical island. The treehouse features inventions and clever uses of island materials that guests can enjoy while exploring the massive tree. Near the top of the attraction, guests should also be on the lookout for a Hidden Mickey seen in silhouette on the trunk of the tree.

Spaceship Earth in Epcot greets guests immediately as they enter into the park as it is housed in a massive geodesic dome decked out in futuristic silver triangles. The attraction brings guests from the beginning of time to modern day to celebrate the history of communication through scenes depicting important moments. One scene depicts the Renaissance and guests who look to the left hand side of the Time Rover just before reaching the sculptor can spot a classic Hidden Mickey formed by three paint rings on a table.

Journey Into Imagination with Figment in Epcot brings guests into the Imagination Institute for a tour of their sensory labs which soon takes a turn for the whimsical when Figment becomes involved. When the attraction first opened in Epcot, it featured both Figment and a man named Dreamfinder who would travel around the world collecting imagination. While Dreamfinder can no longer be found beside Figment today, guests can still spot a tribute to him on the attraction in the form of an office door marked Dean Finder.

One of the most thrilling attractions in Epcot can be found in Future World East where Horizons used to be located. Mission: SPACE invites guests into the International Space Training Center where they can train for a mission to space. Before the thrilling attraction opened in Epcot, the location used to be home to Horizons which gave guests a glimpse of what the future could look like. While Horizons no longer exists today, guests can still pay tribute to it by spotting the attraction’s logo on the center of the massive gravity wheel found in the queue of Mission: SPACE.

Another thrilling attraction can be found in Disney’s Hollywood Studios on the end of Sunset Boulevard. The Twilight Zone Tower of Terror invites guests into the Hollywood Tower Hotel to star in their very own episodes of the popular television series. Guests who are brave enough to board an old service elevator first pass through the hotel’s library where they learn what happened one fateful night years ago. In the preshow video, guests should pay attention to the little girl who can be seen carrying a vintage Mickey Mouse doll from the appropriate era.

Also found in Disney’s Hollywood Studios is a thrilling attraction which brings guests directly into the Star Wars universe. Star Tours – The Adventure Continues begins as a routine Star Tours flight but soon takes a turn as a Rebel Spy is discovered on board. Before boarding their Star Speeders, guests move through an intricate queue filled with props and familiar characters. One room of the queue features a screen up above which showcases the shadows of the individuals moving past on the other side. Guests who pay close attention might spot R2D2 gliding past sporting a pair of iconic Mickey Ears.

Expedition Everest in Disney’s Animal Kingdom brings guests on a daring adventure into the depths of the Forbidden Mountain. The attraction begins as a serene tea train tour but soon turns frantic as guests scramble to escape the clutches of the Yeti who protects the mountain. Before boarding the attraction, guests move through an intricate queue complete with a room full of food and nourishment to send with parties planning on climbing the mountain. Guests who check out all of the details can spot a unique blend of tea appropriately called Ye-Tea.

Also found in Disney’s Animal Kingdom is an attraction which brings guests back in time thanks to the Dino Institute. The location has discovered how to safely use time travel to bring guests to the time of the dinosaurs and what should be a calm tour soon turns thrilling as guests find themselves too close to a massive asteroid impact. Before boarding the attraction, guests descend down a flight of stairs into the loading area where they can spot a trio of brightly colored pipes. The pipes are red, yellow, and white and feature complicated chemical formulas. While the might seem random, the pipes represent ketchup, mustard, and mayonnaise and remain there from the days when Dinosaur was sponsored by McDonald’s.