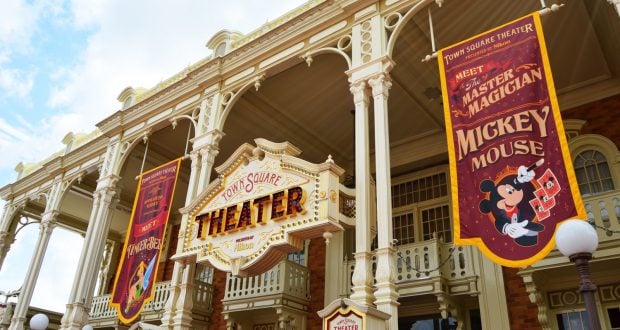 10 Rookie Mistakes At Magic Kingdom And How To Avoid Them

Walt Disney World can be incredibly confusing, especially if you have never been there before. Disney veterans know that the Magic Kingdom is where the heart of the magic takes place, but rookies might not know what to expect. Here are ten rookie mistakes, and what to do so that you don’t make them.

10. Mistake: Not Learning the Park’s Layout

The Magic Kingdom consists of six lands and a central hub. Getting from one place to another can be difficult when you don’t know where you’re going.

Solution: Study the park before you leave home. Once there, pick up a physical paper map, even if you have the My Disney Experience app (you’ll want that). Remember that everything shoots off from Cinderella Castle, so use that as your landmark. If you get really lost, ask a Cast Member to point you in the right direction.

Two of the hardest to get dining reservations are for Magic Kingdom restaurants. Both Be Our Guest Restaurant and Cinderella’s Royal Table will fill up fast, and it is rare to be able to walk up and get a table.

Solution: Make your dining reservations 180 days in advance. If you don’t and the reservation that you want isn’t available, keep checking back, especially a day or two before the desired date. Have a backup in mind, just in case.

FastPass+ is a free service that allows you to make reservations for up to three attractions per day. That means three less lines that you need to wait in. Many rookies do not use the service, or assume that it costs something.

Solution: Make a My Disney Experience account so you can make FastPass+ reservations either online or on the app ahead of time (60 days for resort guests, 30 for everyone else). If you get to the park and don’t have any reservations, look for a FastPass+ kiosk. A Cast Member will walk you through the process so that you’ll have three less waits.

7. Mistake: Not Arriving at Rope Drop

It’s all too easy to decide to sleep in and arrive at the Magic Kingdom around noon or so. If you decide to do this, remember that thousands of other people have made the same decision.

Solution: The lines are shortest first thing in the morning, you’ll get much more done if you arrive early. Main Street, U.S.A. opens an hour before the rest of the park. Set your alarm and force yourself to get out of bed. Remember that you’ll miss Let the Magic Begin and more fun if you sleep in. A day at the Magic Kingdom is expensive, so arrive early and get the most out of your ticket.

While you will probably stop and stare when you see Cinderella Castle the first time, you need to remember that there is more to the area than that. Too few rookies take the time to enjoy the marvel that is known as Main Street, U.S.A.

Solution: Arrive when Main Street U.S.A. opens and enjoy your surroundings. Listen to the Dapper Dans and get to know the Citizens of Main Street. Later, just before 5:00pm, return for the Flag Retreat. It’s a beautiful ceremony.

5. Mistake: Planning Only One Day

Walt Disney World has four theme parks, so one day in each park should be plenty, right? If you plan to spend only one day in the Magic Kingdom, you will miss out on a lot.

Solution: If possible, have two days at the Magic Kingdom in your plans. If you can’t fit that in, make sure that you add Park Hopper to your ticket. That way, you can return for a couple more hours, especially if another park closed earlier.

Dole Whip is an iconic Magic Kingdom snack. While you can now buy it a few other places, you need to have the sweet frozen pineapple treat for the first time at the Magic Kingdom.

Solution: Head to Aloha Isle, which is located in Adventureland. Order cones or floats for everyone in your party, and then get in line for Jungle Cruise. The Wait Time should be long enough for you to finish your treat. Make sure you grab some napkins, because Dole Whip melts quickly.

It is not hard to find Mickey Mouse at Walt Disney World. It is easy to decide to meet him in another park, or maybe at a character meal. It is simple to justify skipping Mickey at the Magic Kingdom, especially if there is a long wait at the Time Square Theater.

Solution: Don’t skip Mickey at the Magic Kingdom. Here he is Mickey the Magician and is fun to interact and take photos with. Use FastPass+ or go either early or late in the day.

A day at the Magic Kingdom can take a lot out of you, and you might be tempted to leave early. Rookies don’t realize that there’s extra magic after dark.

Solution: Head back to your hotel during the day for a nap if you’re worried about running out of steam. You do not want to leave before Happily Ever After or Once Upon a Time. If you really want to earn your fairy wings, stay for the Kiss Goodnight. That takes place half an hour after the park officially closes, and many veterans don’t even know about it.

1. Mistake: Thinking Some Rides Are Boring

When reading ride descriptions, you might notice words like “slow moving” or “any height” and automatically think that the ride is boring. If you decide to skip these rides, you might end up missing what would have been your favorite.

Solution: Don’t think of slow or family rides as boring. Many of them could be described as “classic” instead. Walt Disney’s Carousel of Progress was created by Walt himself for the 1964-1965 World’s Fair. It’s a Small World is a recreation of the original that was made for the same fair. The Many Adventures of Winnie the Pooh will take you through the stories that you loved as a child. Tomorrowland Transit Authority PeopleMover goes faster than you might think, and offers you a glimpse inside other rides. Don’t assume that a ride is boring just because there are no drops or twists. Every ride and attraction at the Magic Kingdom is special in its own way.