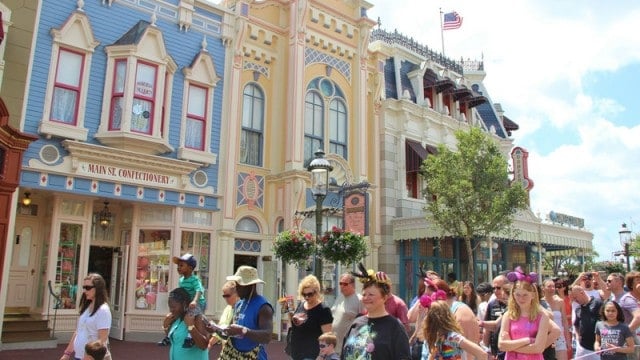 7.  The Windows on Main Street USA, Magic Kingdom This is one of those obvious ones—everyone sees the windows on Main Street as long as they are looking up.  Some guests may think the names and occupations on the windows are fictional, but they are actually tributes to Imagineers and other important figures in the Walt Disney Company.  You will notice that Walt himself is given the honor of the first window (on the train station overlooking the entrance) and the last (near the Plaza Restaurant on the end of Main Street).  I love to read the names and the clever ways the tributes are paid.  For instance, Frank Wells is paid tribute on his window with “Seven Summits Expeditions” as this former Walt Disney Company President had the goal of scaling the tallest summits on seven continents.  The men who worked undercover in Florida buying up real estate for Disney are honored with “Pseudonym Real Estate Development Company” and the “M.T. Lott Co. Real Estate Investments.”  If you are interested in the people behind Main Street’s windows there is a book available, as well as detailed information for each window online (and even an App you can access in the parks).