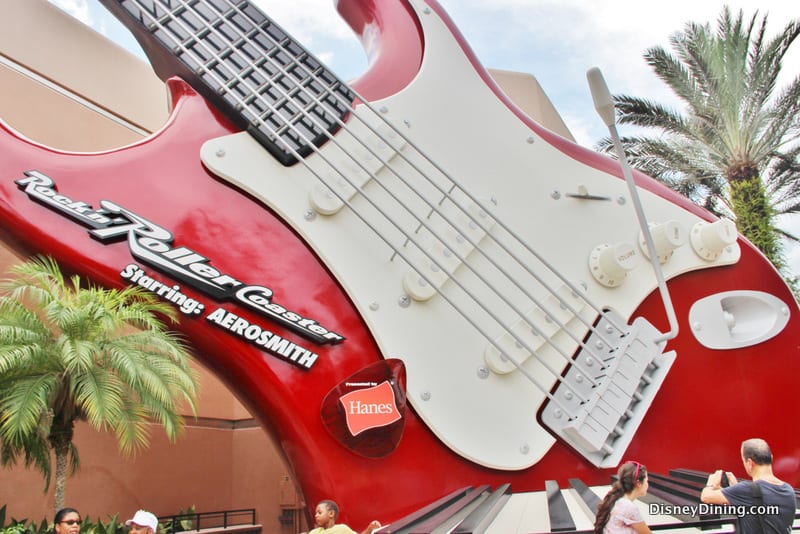 Disney’s Hollywood Studios, the third of four theme parks at Walt Disney World, is dedicated to the heyday of Hollywood in the 1930’s and 40’s. With over 10 million visitors annually, Hollywood Studios is a certainly becoming a park that people want to return to year after year. With plenty to do for kids, teens and seniors, the Studios might be the most complete park for enjoyment of every member of your family. Imagineers are currently working on plans to make Hollywood Studios even more exciting, with rumors about a possible addition of Cars Land and a definite addition of more Star Wars attractions and expansions coming over the next few years. With Stars Wars weekends being a major hit and the Osborne Family Spectacle of Dancing Lights at the park, Disney‘s Hollywood Studios should definitely be on your must do list. Here are 5 tips to help you get the most of your day there!

If you are going to get to the park early, I suggest that you have breakfast before you go. Hollywood Studios does a lot of things right, but breakfast is not one of them. The best option is the Hollywood and Vine breakfast with Disney Jr. characters. Other than that, there is an egg sandwich at Fairfax Fare, but your other options are mainly Danish and other type pastries. That may be fine for you, but I like a hearty breakfast! Also, I suggest that you check out one of the table service restaurants while you are there. The quick options are not the best ones offered in the parks, in my opinion, but the table service options are excellent. 50’s Prime Time Café and the Sci-Fi Dine In Theater offer unique experiences, Hollywood and Vine is an awesome all you care to eat option, Momma Melrose’s offers some great Italian options and my favorite is the Hollywood Brown Derby, a signature, but not to be missed meal.

Both of these attractions allow you to be as interactive as you’d like, so you are not forced to watch the shows presented with the exhibits, but I think you should check them out. However, if you just pop by and at least walk through, I think it is well worth your time. One Man’s Dream is a self-guided tour that allows you to see rare props, models, sketches and plans and is followed by a 15 minute tribute to Walt. The Magic of Disney Animation includes character meet and greets, an optional 9 minute film hosted by Mushu from Mulan and the opportunity to draw your own Disney character as if you are a Disney animator!

I highly suggest that you see this beautiful production that is worthy of Broadway, just shorter than the actual Broadway show! Often, my family likes to skip shows so they can get in the most rides but I promise that this is a show worthy of your time. If you love this, head next to the Little Mermaid which is also a wonderful live show. This is also an excellent place to cool down, as the Little Mermaid is presented in an air conditioned theater! That’ll be appreciated on a hot Florida day!

Fantasmic! Should be on your list of absolute must do’s at Walt Disney World! It is an epic showdown that will have you cheering for Mickey Mouse and enjoying your favorite Disney villains. With fireworks, lasers and over 1 million gallons of dancing water, Fantasmic! Will leave you wanting more! You can also make a reservation with a Fantasmic! Package granting you dinner reservations and assigned seating at the show.

I hope these tips help you get the most out of your day at Disney’s Hollywood Studios! One last tip: There have been rumors about Hollywood Studios getting a major facelift! Here are the attractions that seem to either be getting a change or being replaced entirely, so you may want to experience them if the rumors are true. Indiana Jones Epic Stunt Spectacular, The Great Movie Ride and Lights, Motors, Action! Extreme Stunt Show. Also, snap a picture in front of the Sorcerer’s Hat, as that iconic hat is coming down soon.