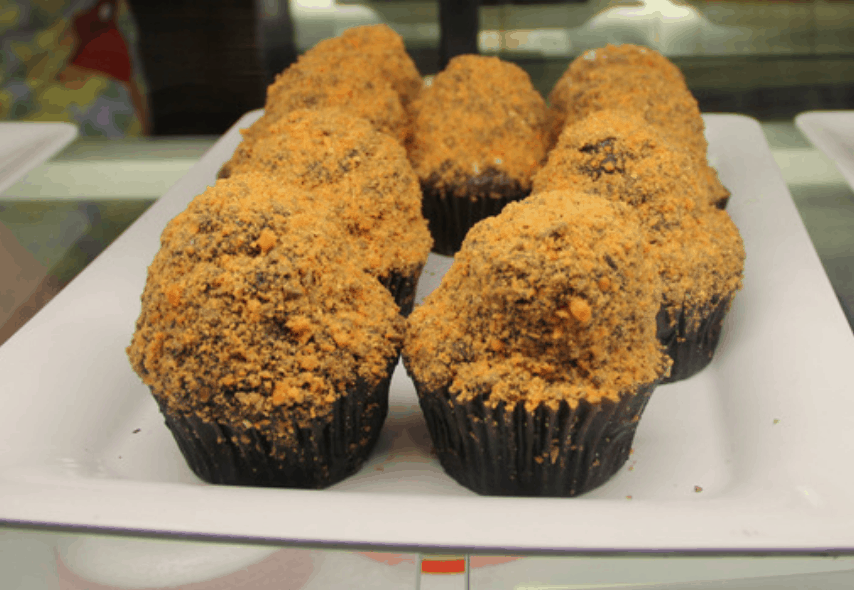 The Trolley Car Café on Hollywood Avenue at Disney’s Hollywood Studios houses a Starbucks, and it’s also  home to the Butterfinger Cupcake. It is also called the Chocolate Peanut Butter Crunch Cupcake. It is clearly a Guest favorite and has stood the test of time! Guests have been enjoying this sweet treat since 2009. It’s chocolate cake filled with chocolate fudge and topped with a mound of vanilla buttercream, covered in crushed pieces of Butterfinger candy bar. Nine years and thousands of Guests can’t be wrong!