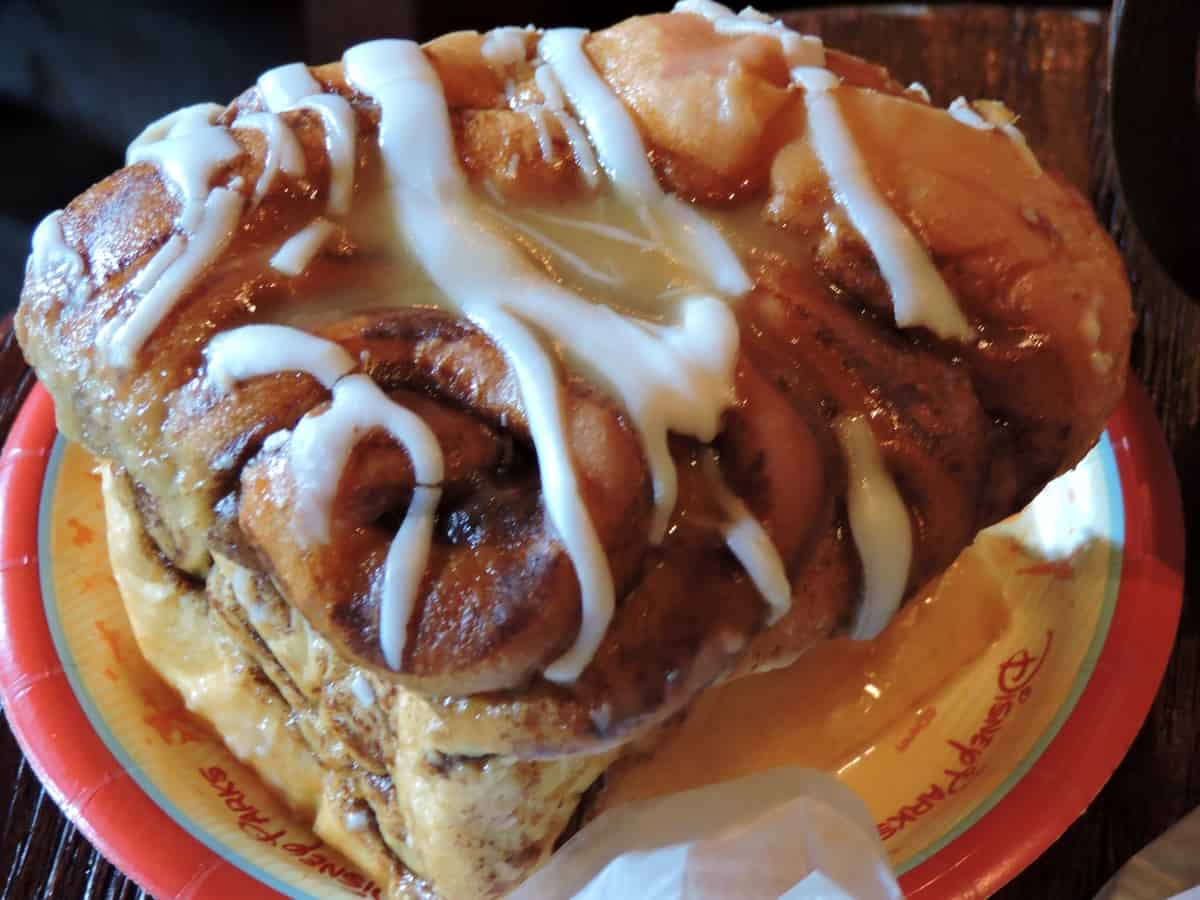 We should list this dessert not just as a cinnamon roll, but as an enormous cinnamon roll—and even then, it would be an understatement! At Gaston’s Tavern in Fantasyland near where you can meet the arrogant oaf himself, you can order this huge mountain of cinnamon goodness and share it with your bestie (or not). Just know that this delicious cinnamon roll is more than enough for one person, but since you’re at Disney World, calories don’t count, so go for it!