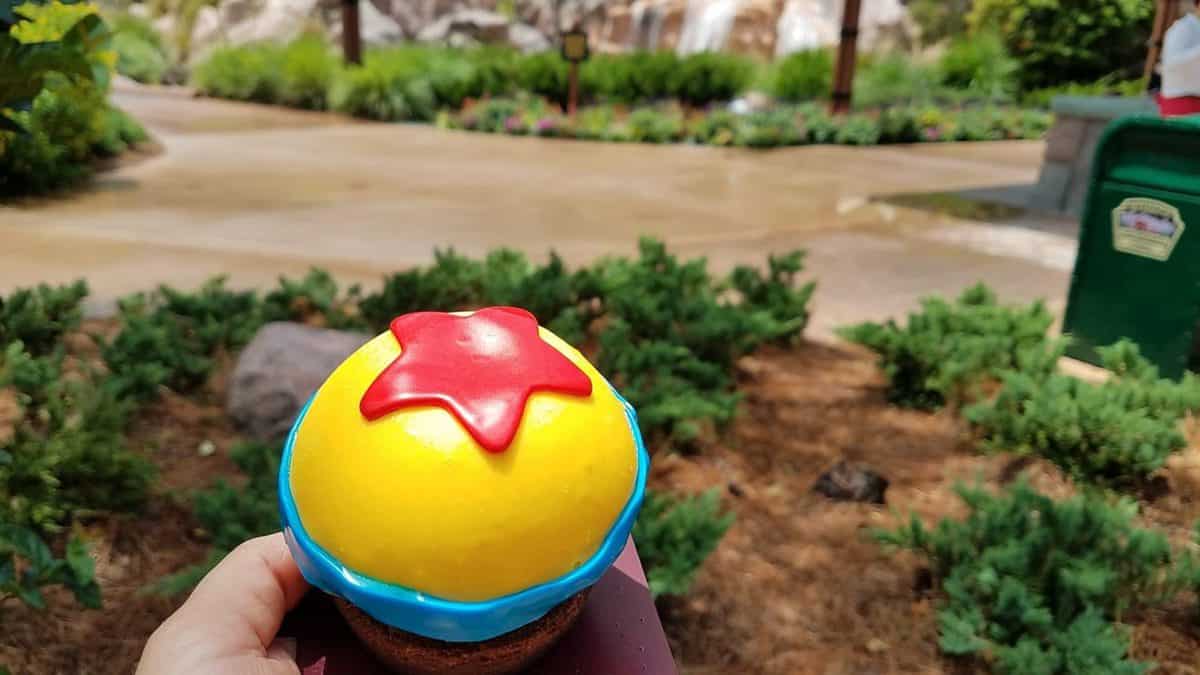 This amazing cupcake was available just before the opening of Toy Story Land inside the Roaring Fork at Disney’s Wilderness Lodge, so we can’t guarantee that it’s still available, but we had to include it in the top 12 because it was just so creative and so beautiful, we almost couldn’t eat it. Almost. It had fondant in PIXAR blue and yellow with a fondant red star—to look exactly like the PIXAR ball. The ball itself was affixed to the brownie underneath with a chocolate mousse. But underneath the ball were layers of decadence we couldn’t have imagined without diving in face first. The outer part of the ball was made of a white chocolate shell with dark chocolate underneath it. Beyond the dark chocolate was a vanilla mousse with Nutella in the center. When we did find these cupcakes at the Roaring Fork, we bought all they had plus the one on display. $35 for four cupcakes, but it was worth it—they were amazing, and we were celebrating Hollywood Studios’ new Toy Story Land after all (which, by the way is also amazing!) (Photo credit: Chip and Co)