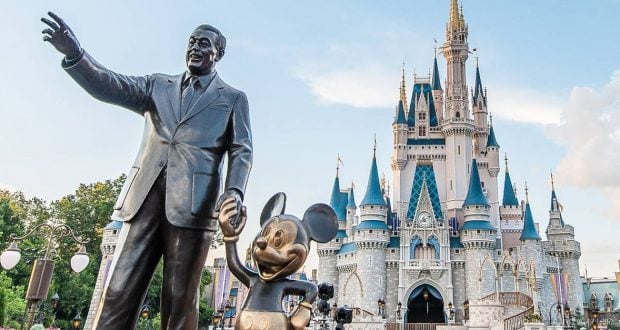 There are some popular myths circulating among forums online, some of which are close to the truth, and some that are completely wrong. Let’s take a look at how some of these myths stack up in this True of False test.

10. If you ask a Cast Member to do something, they have to do it

True or False? The Truth is that Cast Members will do everything they can for you, if it is within their power, if you ask them nicely. It is False that they have to do whatever you ask. These are not puppets, they are people and that means they respond to reasonable requests.

9. There is a “Disney Dome” that creates a bubble over Walt Disney World

This is less of a myth and more of just the perspective of some guest members. Cast Members cannot control things like the weather. The Truth is that there is no Disney Dome and CM’s have to roll with the punches as well. There is a very educated Weather Team that looks at weather radars, coordinated with experienced weather professionals who make the educated decision to shut down outside attractions until it is safe to reopen them. It is not a simple decision, or one entered into lightly, to close all outdoor attractions or shows. Disney Cast Members want the attractions to remain open too. If you are getting rained on, sweaty, or waited in line only for a show to be cancelled these things are beyond a CM’s control. Remember that CM’s get sweaty, rained on etc. especially in some of those thicker costumes.

8. All Cast Members are connected to each other through earpieces

This is false. They are not all wearing earpieces and they are not connected with each other. Some of them are in positions where they can pick up a phone, or a radio, to reach out to a Coordinator or Manager, and certainly Security and Emergency Response when conditions warrant it. Your safety is top priority for all Cast Members no matter what position they are in!

7. When you are visiting characters from Toy Story movies and yell “Andy’s coming!”

…that they will drop to the ground. This is false. Those costumes are very expensive and Disney does not want the characters to constantly be falling to the ground in them, causing harm to the Cast Member as well as the costumes themselves. Besides, they know that Andy is away at college lol!

6. Tinkerbell must fly every night in Magic Kingdom or you get a free admission ticket

This is false. Flying Tinkerbell chooses, after being advised by the same weather team concerning the safety of jumping and flying down a wire track in conditions where lightning could take their life, whether to perform this task or not. I don’t want to ruin the magic, but the CM performing this nightly, dependent on the weather, has not made the wrong choice yet. And though no one at Disney wants to stop any part of the “show” of Walt Disney World, making the choice for safety is not cause for a free admission ticket. The performers in the parades are also dependent on weather conditions. They are all present and ready to go and they are also disappointed when they do not have the opportunity to perform their part of the “show” but they also don’t want to be hurt and especially not in front of small children.

5. That the real Johnny Depp works at Pirates of the Caribbean in Magic Kingdom

This is sometimes true, but mostly false. The audio animatronics Captain Jack Sparrow, which appears in three scenes in the attraction are very well done and look very lifelike. The Imagineers have done a superb job in recreating the look and mannerisms of Captain Jack making you look twice, at least, to see if it is really him. The truth is that Johnny Depp has indeed replaced his audio animatronics figure in the past, acting out his part in the attraction. He has even taken part in the Captain Jack’s Pirate Tutorial! So the next time you think that has to be the real Captain Jack Sparrow, look again, because you might be right! There is a second myth at Pirates of the Caribbean that the ghost of someone who died on this ride haunts the attraction even today. This is false; there have been no “George” sightings.

…in the hope that he may be brought back to life when technology catches up to make this happen. This is false. Walt Disney’s body was cremated two days after his death and his remains are buried in a plot along with his son-in-law, in Forest Lawn Cemetery in Glendale. He had stated he did not want any funeral and there was none held.

3. There is a Disney Jail on property

While there is a location known by this name in Disneyland, it did not carry over to Walt Disney World. There are holding cells on the property where people wait that are being detained for law enforcement to arrive and charges to be filed against them. Disney does not want further harm to come to their Cast Members or the perps and keeping them in holding cells are used with this is mind.

2. There are hidden Ghost Towns at Walt Disney World

This is false. There are however two locations that used to be Disney World guest areas that no longer are being used and if you catch a glimpse of them on a boat ride, you may wonder what their story is. The former River Country Water Park structures actually are still in place. They were never torn down and can sometimes be seen when on a boat leaving Fort Wilderness Campground. The structures are just standing there deteriorating naturally. River Country was closed in 2001. Adjacent to River Country in Bay Lake lies Discovery Island which once served as a bird sanctuary and required a separate admission ticket, remains closed since 1999. This is an 11 ½-acre piece of Disney property that had developed buildings and other structures to explore the land and nature there in. Neither of these will reopen as their former selves and simply wait to see if new plans will rework and reopen those areas in the future. It is the typical path for Disney to close doors on an attraction and abandon the space until it is time to build something new then the old structures will be taken down to make way for the new.

1. There is a complete underground “city” below Magic Kingdom

While it is true that there are many functions that go on daily in the famed Utilidors they are actually on ground level and most of Magic Kingdom is built on the “second floor” 15-feet above ground level. The Utilidors are busy with Cast Members moving through them every day to get to the door that leads them “on stage” near the attraction they work at. Next time you are in the Magic Kingdom take special note of places where there is a hill and that will give you some clue as to which “floor” you are standing on. This amazing network of Utilidors are used for many purposes such as training rooms, storage for food service and merchandise locations, trash removal, food service for CM’s and areas for CM’s to get in and out of uniforms and just relax. If this is something that you just have to see for yourself and you have no desire to become a Magic Kingdom Cast Member, then you can get a peek at the Utilidors during the Keys to the Kingdom or the Backstage Magic tours. You will not be allowed to take photos in this backstage area. From what I hear, they are just typical utility corridors and there is nothing special about them.