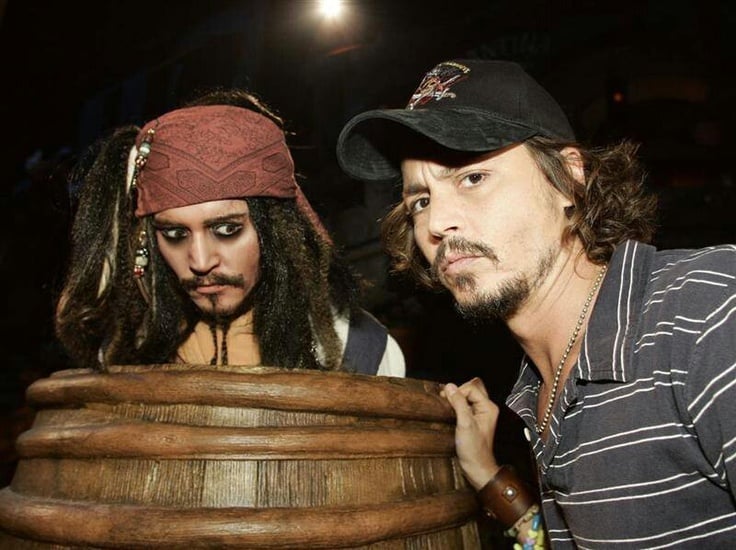 5. That the real Johnny Depp works at Pirates of the Caribbean in Magic Kingdom. This is sometimes true, but mostly false. The audio animatronics Captain Jack Sparrow, which appears in three scenes in the attraction are very well done and look very lifelike. The Imagineers have done a superb job in recreating the look and mannerisms of Captain Jack making you look twice, at least, to see if it is really him. The truth is that Johnny Depp has indeed replaced his audio animatronics figure in the past, acting out his part in the attraction. He has even taken part in the Captain Jack’s Pirate Tutorial! So the next time you think that has to be the real Captain Jack Sparrow, look again, because you might be right! There is a second myth at Pirates of the Caribbean that the ghost of someone who died on this ride haunts the attraction even today. This is false; there have been no “George” sightings.