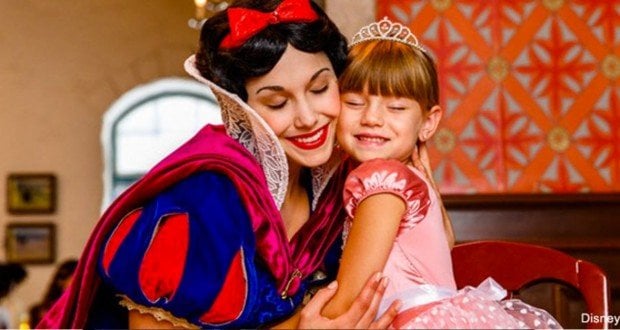 Most little girls who walk through the gates at the Magic Kingdom have their thoughts on becoming a princess. Within moments of entering the park, they shriek with excitement as their eyes catch a glimpse of Cinderella Castle just down Main Street U.S.A. And they can hardly wait in the FastPass+ queue for their turn to meet Belle, Aurora, Cinderella, Tiana, Jasmine, Elsa or Anna. The look in their eyes as they finally meet and hug their favorite princess is priceless. And sometimes those little girls grow up into young women who still want to be princesses. And that’s when they submit an application for consideration to work at Walt Disney World as a “face character,” which is a Disney character who doesn’t have her face covered by the head of a costume, but rather her looks are a part of the character she has been hired by Disney to portray. So you wanna be a Disney princess too? It’s not as easy as you might think. There are many criteria that must be met, including specific requirements for an applicant’s age, height, appearance and knowledge of the princess’s story, among other things. Becoming a princess at the parks inside the Walt Disney World Resort is a regal calling with stringent requirements. Here are 12 standards that a candidate for Disney princess must meet before she can put on the royal crown and garments and meet Guests in the parks, including some that must be met on a continual basis, once she has been hired as a princess.