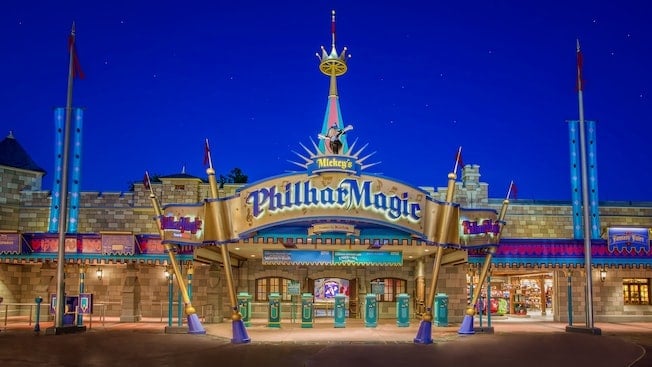 The magic of Disney animation, the wonder of 3D glasses and special theater effects combine to present Mickey’s Philharmagic—a 12-minute 3D movie that follows Donald Duck and his silly antics after he gets his hands on Mickey’s Sorcerer’s Apprentice hat. Scenes from beloved Disney films are shown in 3D as special effects are used to tell the story. Scenes from Disney’s The Little Mermaid, Aladdin, Fantasia, The Lion King, Beauty and the Beast and other films are shown in a new and exciting way. Don’t miss this experience, especially if it’s raining. It will bring the sun out on your rainy day at Magic Kingdom. (Photo credit: Disney)