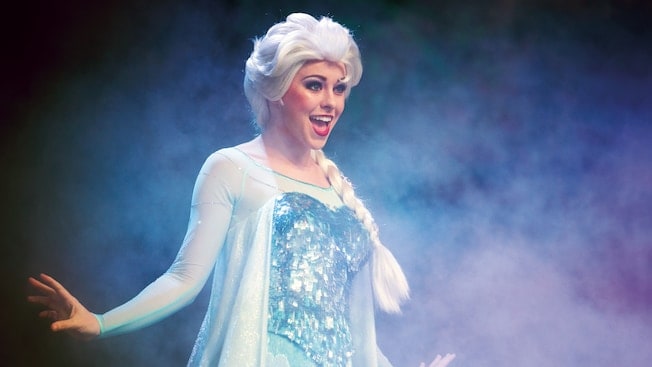 4. For the First Time in Forever: A Frozen Sing-Along – Hollywood Studios

If you or your kids love Disney’s Frozen, you cannot miss this silly sing-along. It takes place at the Hyperion Theater at Echo Lake inside Disney’s Hollywood Studios, and it is a lot of fun! Join Anna, Elsa and Kristoff and two of Arendelle’s royal historians, who are also master storytellers and comedians. The story of Frozen is told in an interactive and comical way as scenes from the hit feature film are shown on a huge screen. Lyrics to some of the film’s most iconic songs are shown on the screen and the audience is encouraged to sing their hearts out! (And many of them do!) Even if you think you’ve seen the feature film enough times already, you’ll want to experience For the First Time in Forever: A Frozen Sing-Along.  The show ends with a very special surprise from Queen Elsa, and but we won’t ruin the surprise here!