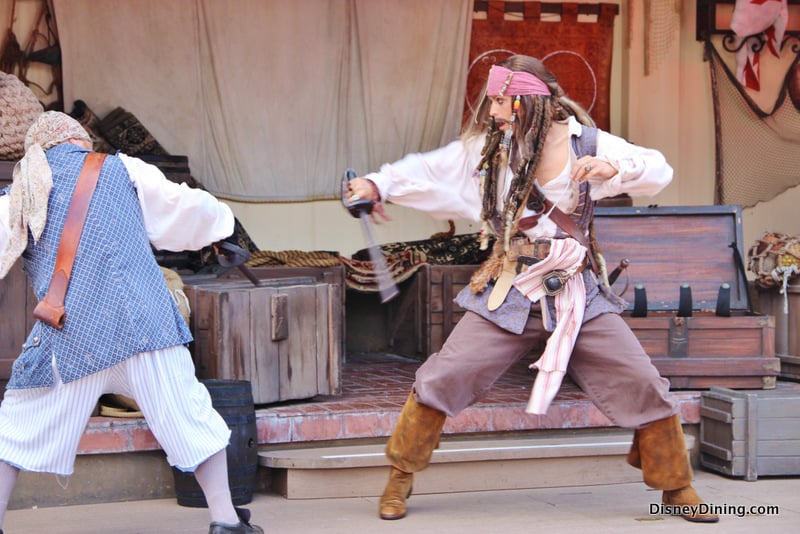 This delightful 15-minute show takes place several times each day in Adventureland just across the walkway from the Pirates of the Caribbean attraction. The audience stands for the show, in which Jack Sparrow’s right-hand pirate introduces Guests to the show and also gives them a quick run-down of who the famed Captain is. He lets the audience know that Captain Jack Sparrow will be guiding several pirates-in-training and teaching them all there is to know about the pirate life. Then children are asked to come up to the stage, after which Captain Jack Sparrow appears and begins to teach the kids all about wielding a sword and taking down their enemies. Then he lets them try out their new skills on the mighty Captain. Every child’s response is different, which makes the show entertaining, as do the comical actions of the Captain’s first mate and his interactions with the Captain. It’s funny and great for families. Check the Magic Kingdom Times Guide the day you visit to see when the show takes place.