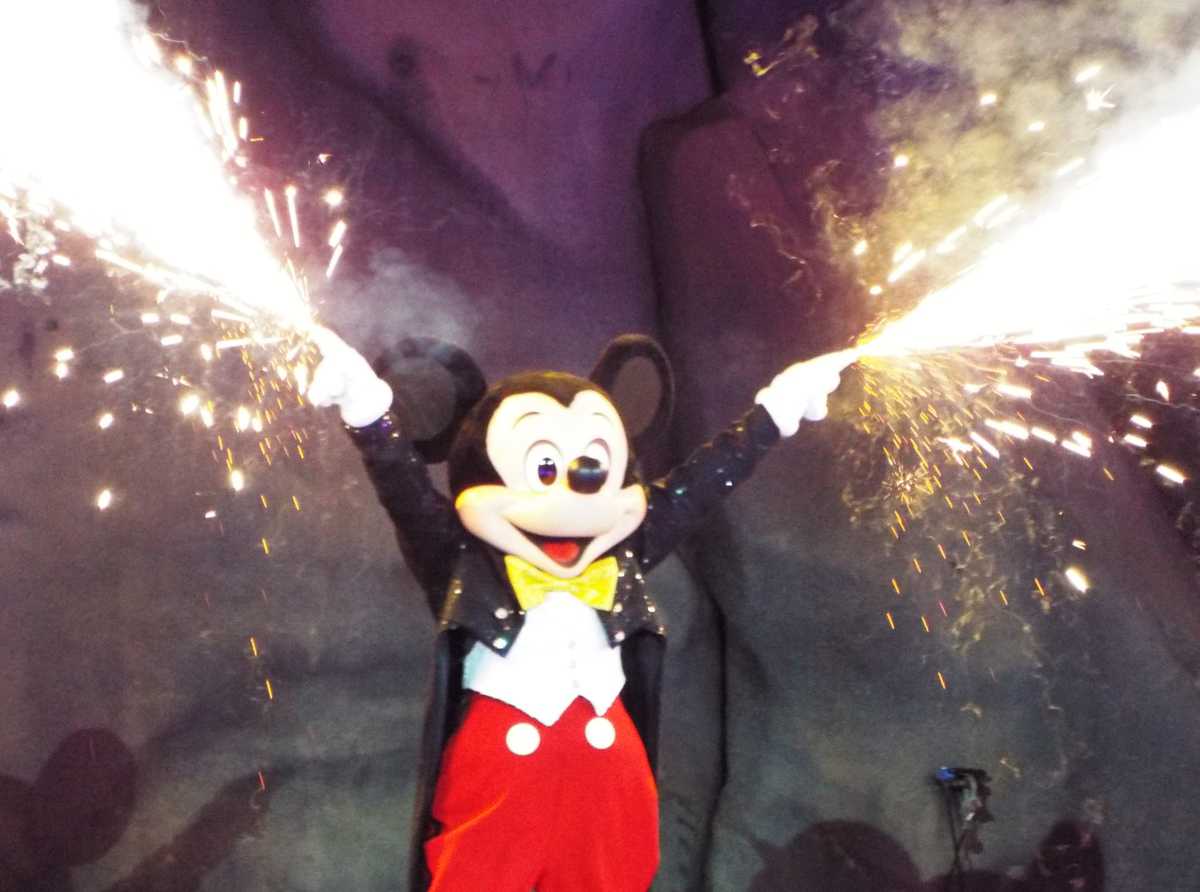 Mickey is having a great dream—and we get to see inside his mind’s eye by way of projections against walls of mist at the 10,000-seat amphitheater on Sunset Boulevard at Disney’s Hollywood Studios. Memorable scenes from several of Disney’s most beloved films are shown in the giant projections as part of Mickey’s dream. But when Mickey begins to have a nightmare, what is he to do? Will he fall victim to the terrible villains Mr. Sandman has sent his way, or will he fight his fears—and even a 40-foot-tall dragon?! Over 50 costumed performers keep the show alive and exciting, while lighting, smoke, fog and other special effects help tell the story of Mickey and his power over his imagination. The Fantasmic! performance usually takes places twice each night—weather permitting—and FastPass+ service is available to allow Guests to get some of the best seats in the proverbial house. No matter when you see this show, it’s absolutely amazing! You’ll stand up and cheer—and you’ll want to see it all over again! This is one show at Disney World that doesn’t ever get old!