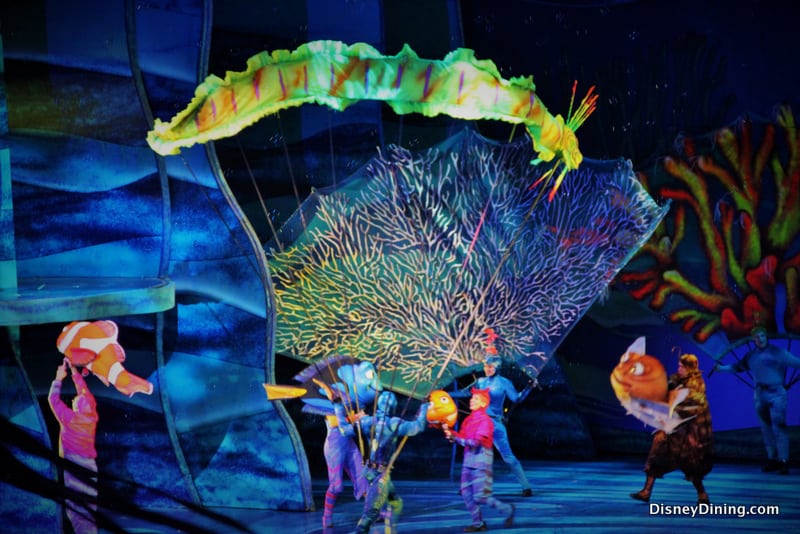 This beautiful stage show was inspired by Disney/PIXAR’s Finding Nemo and tells the tale of the lost clownfish Nemo and his father’s search for him using elaborate puppetry. Puppeteer camouflage is used to give the characters in the story the appearance of floating underwater. A few of the puppets are massive! Crush the sea turtle is the size of a Volkswagen Beetle, and Nigel the pelican stands 22 feet tall! FastPass+ service is available, but you won’t need one for this performance unless you’re visiting Disney World during very well-attended seasons. Even then, if you don’t have one, don’t despair. The theater in which the show is performed holds a few hundred Guests, so you’ll still be able to get in to see the musical if you’re in the stand-by line. Don’t miss the chance to relive the story of Nemo, Marlin and Dory and to hear new music that was written just for this musical!