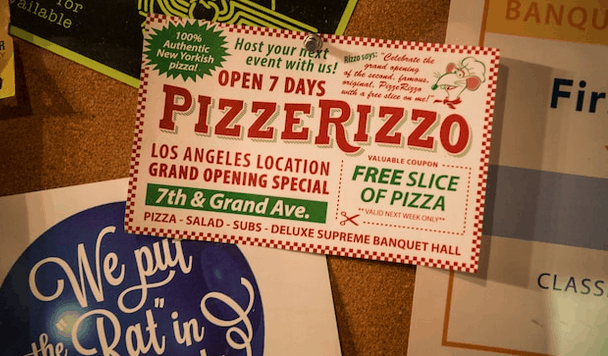 If this restaurant sounds new to you, that’s because it hasn’t been around for too long. It opened in late 2016 in the same building that housed the Toy Story-inspired Pizza Planet restaurant in previous years. PizzeRizzo is a Muppets-themed restaurant, named for Rizzo, the lead rat in the Muppets movies. (After all, the rats have experience in serving—they were the waitstaff at the restaurant in the 1984 movie, The Muppets Take Manhattan.) Don’t worry—you won’t see any rats at this pizzeria, but you will find personal pizzas, meatball subs and Caesar salads on the menu. Just for fun, eat upstairs where there’s always a wedding reception going on in Rizzo’s Deluxe Supreme Banquet Hall, which features disco music, as well as music from the 80s. And if you feel like cutting a rug after dinner, you’re in luck—there’s even a dance floor in the Banquet Hall! (Photo credit: Disney)