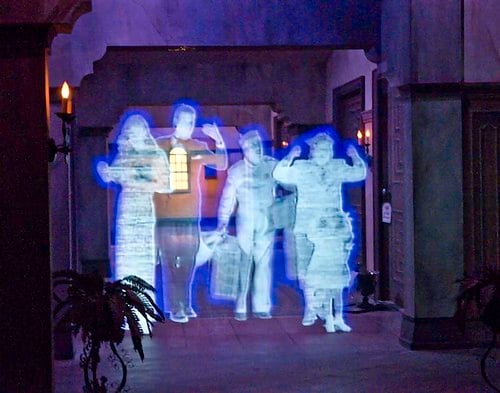 During the Golden Age of Hollywood, the silver screen’s elite could get away from it all at the Hollywood Tower Hotel. It was a beautiful place—always brimming with Hollywood royalty. That changed forever on Halloween night in 1939 when a freak lightning storm led to the disappearance of five people in the hotel’s elevator. To this day, those five souls have yet to be accounted for. Today, you can tour the Hollywood Tower Hotel. Make your way through the hotel lobby and into the machine rooms for the elevators. The terror begins in the elevators, as they often move from their shafts into other parts of the hotel before beginning to move upward and drop repeatedly. Thanks to Disney’s advanced ride technology, the elevators drop at different heights and at different intervals. You’ll never have the same experience twice. Then again—is that Disney magic, or are the elevators really haunted?