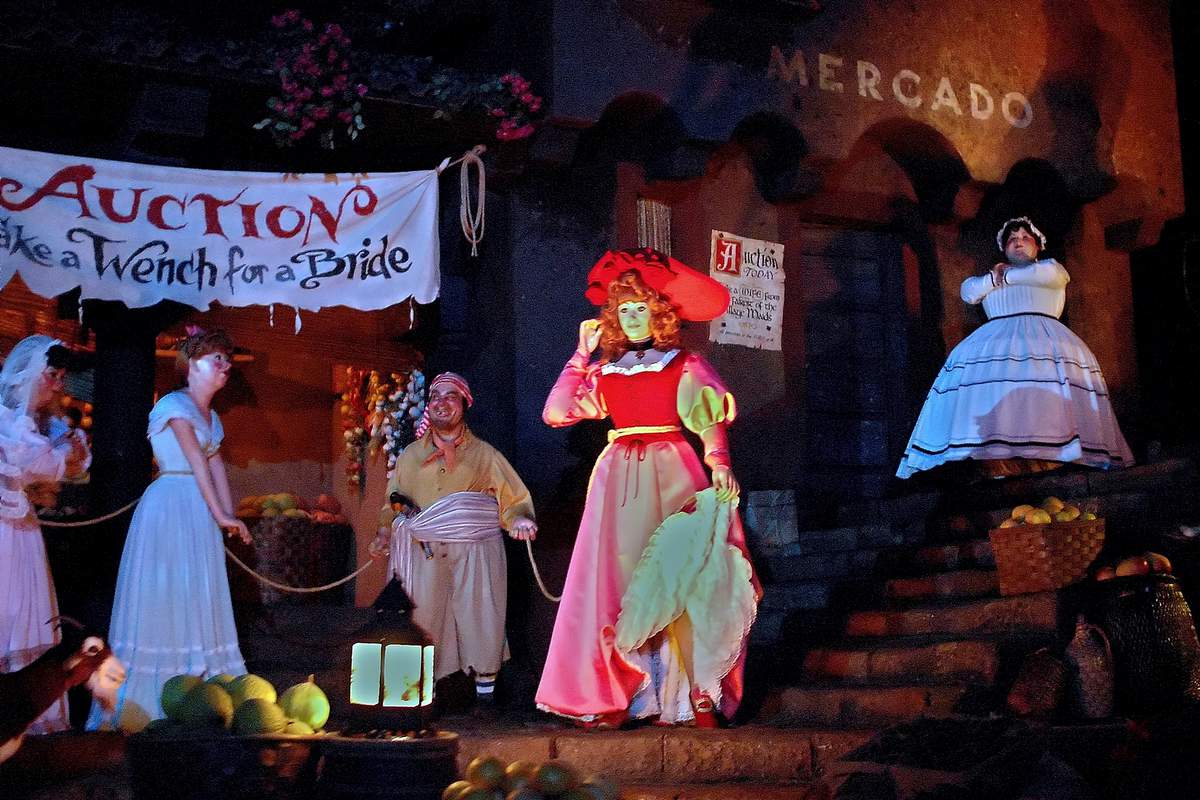 1) Changing the Redhead's Role Pirates of the Caribbean is a Disney Parks classic. There are five versions of it across the planet. Walt Disney himself worked on the ride that is at Disneyland Park in California. On June 29, 2017, there was a Disney Parks Blog entry that talked mostly about the changes that are taking place at the version in Paris. Two controversial lines were hidden in the middle of the blog. "You'll even discover that a familiar character is playing a new role joining the pirates ranks and helping the local townspeople 'unload' their valuables at the Mercado auction. In the U.S., this famous redhead will appear in a similar scene at the Magic Kingdom Park and Disneyland park in 2018 following a previously scheduled refurbishment." The accompanying concept art showed the Redhead as a pirate, instead of one of the brides for sale. In fact, the artwork showed that the only items for sale were things such as artwork and a grandfather clock. News about the upcoming changes quickly spread, and the Redhead's new role even made it on the local news that evening. Many fans think that changing the beloved classic is taking the idea of being politically correct too far. Whether or not Disney decides to listen to fans remains to be seen. (Photo credit: Joe Penniston)
By PaulaK