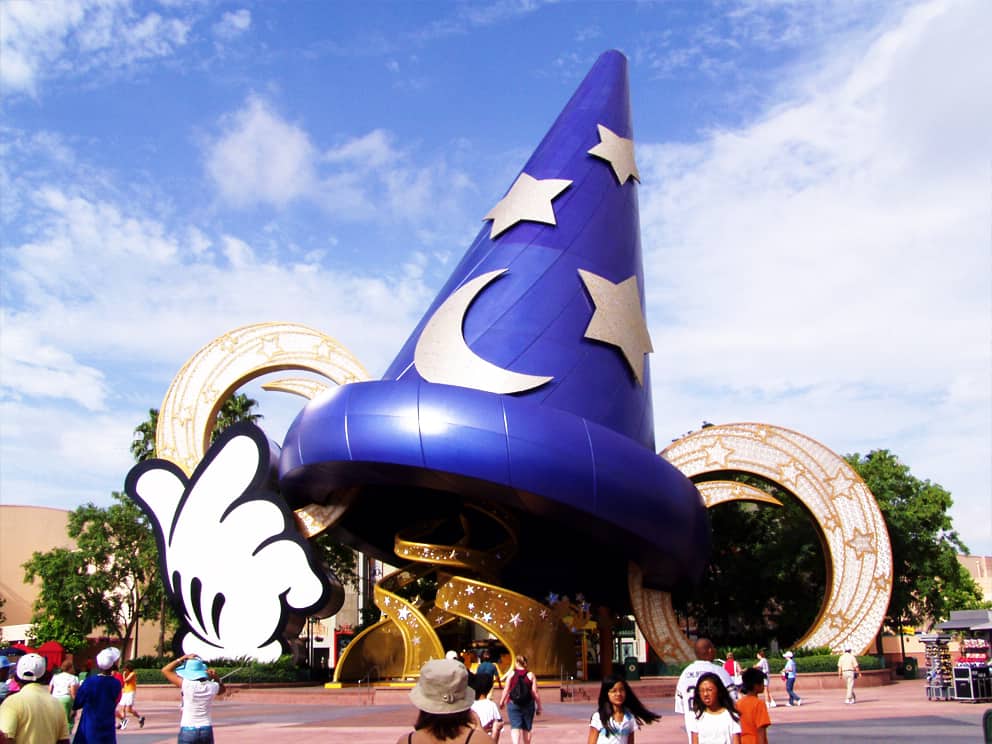 3) Removal of the Sorcerer Hat When Disney-MGM Studios opened in 1989, the icon was the Earful Tower. In 2001, Disney celebrated 100 Years of Magic (to coincide with Walt Disney's 100th birthday) and a new icon was built. The Sorcerer Hat was based on a scene from the Disney movie Fantasia. The Hat became the park's new icon. Most longtime fans of Disney's Hollywood Studios (those who still refer to it as Disney-MGM Studios) hated the Hat. They said that it blocked the view of the Chinese Theater, which houses The Great Movie Ride. The Hat soon grew to have its own set of fans. It made for a great picture opportunity, something that was never possible with the Earful Tower. Love it or hate it, Disney announced in 2014 that the Hat would soon be gone. Although fans of the Hat asked for it to be moved elsewhere, it didn't happen. It appears to be gone for good. Ironically, the Earful Tower was later removed, leaving the park without a clear icon. Disney currently uses Tower of Terror for pictures that contain the icons for all four parks. Once the two new lands open, who knows what will be considered the park's icon. (Photo credit: Orlando Sentinel)