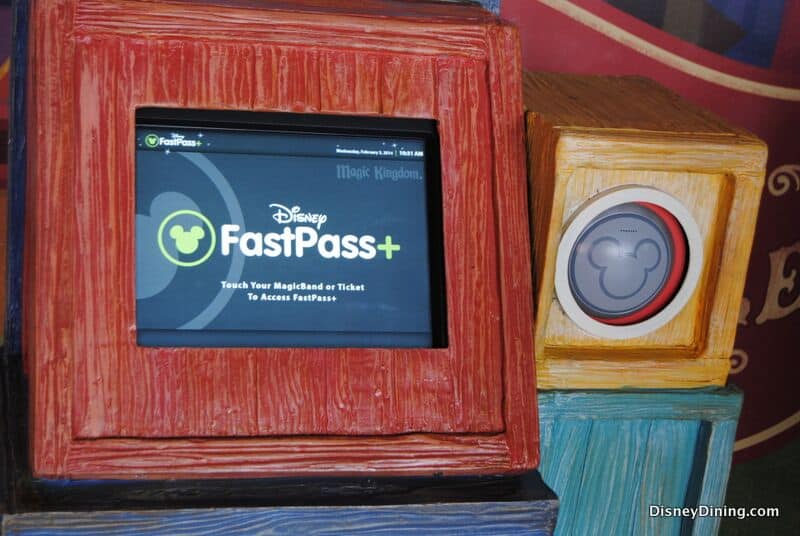 4) FastPass+ Replaced Paper Legacy FASTPASS Lines at Walt Disney World can grow long quickly, especially for the more popular rides. Disney came up with a great solution, FASTPASS. You would scan your ticket and receive a paper FASTPASS that gave you a time to return. You had an hour window. You could then get another FASTPASS. If your return time was too far away, you were able to get a second ticket after two hours had passed. People would arrive at the parks, grab a FASTPASS for one ride, then get in line for another. Everyone was on equal footing. In 2014 the paper FASTPASSES were replaced with FastPass+. The idea sounds great. You can now schedule your return times online or on the My Disney Experience App. If you arrive at a park without any reservations you can make them once you arrive. The problem is that you can now only schedule three FastPass+ reservations a day, and they all have to be in the same park. (After those are used you can add more, one at a time.) Epcot and Disney's Hollywood Studios rolled out FastPass+ in tiers, which means you choose one attraction from the first group and two from the second. Rides such as Test Track, Soarin', and Frozen Ever After are in the first tier, meaning that you'll end up waiting in two of those lines. Another complaint is that Disney Resort guests can make reservations 60 days in advance, while everyone else (including Passholders) have to wait until 30 days. When Pandora opened Disney's Animal Kingdom changed to the tier system, with the only two Tier One choices being the two rides in the new land. It is currently almost impossible to get FastPass+ reservations for Avatar Flight of Passage unless you are staying at a Disney Resort. Those staying off property don't stand a chance unless someone cancels.