Pandora — The World of Avatar at Disney’s Animal Kingdom 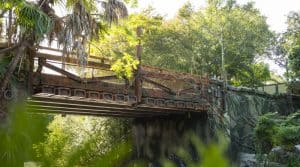