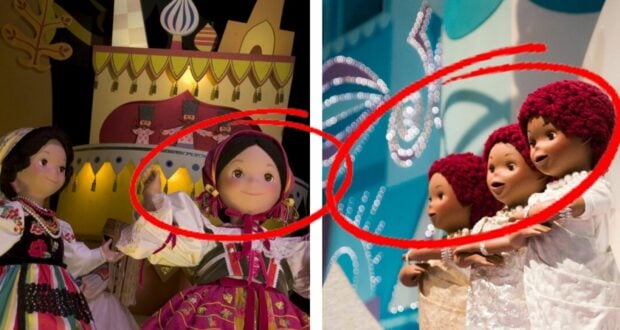 Not a joke and kinda horrifying: Dolls in ‘It’s a Small World’ attraction have to have routine haircuts because their hair keeps growing

I know. I know. This post starts out sounding a bit like something from a Stephen King novel or a horror flick franchise. But alas, the chances are very good that you have been in the company of the terrifying dolls referenced here, as they are the ones inside the “it’s a small world” attraction at Disney World. 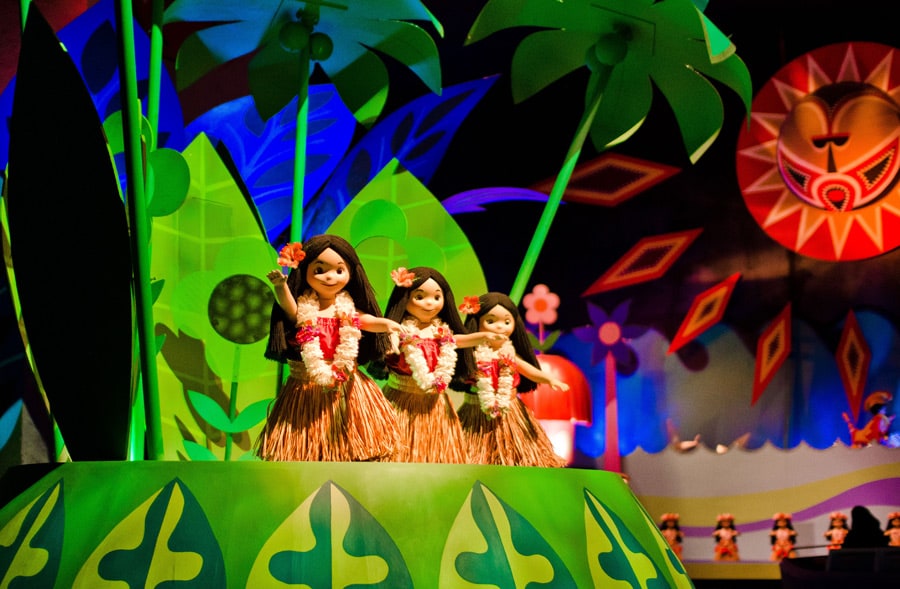 (Cue the comments about “Disney World urban legends” and Walt’s head being frozen.)

But this is not a joke or a hoax or a TikTok trend or a YouTube challenge. The meticulously crafted dolls that make up the scenes inside the “it’s a small world” attraction must have annual haircuts to keep them looking their best. Read on and you’ll learn why. 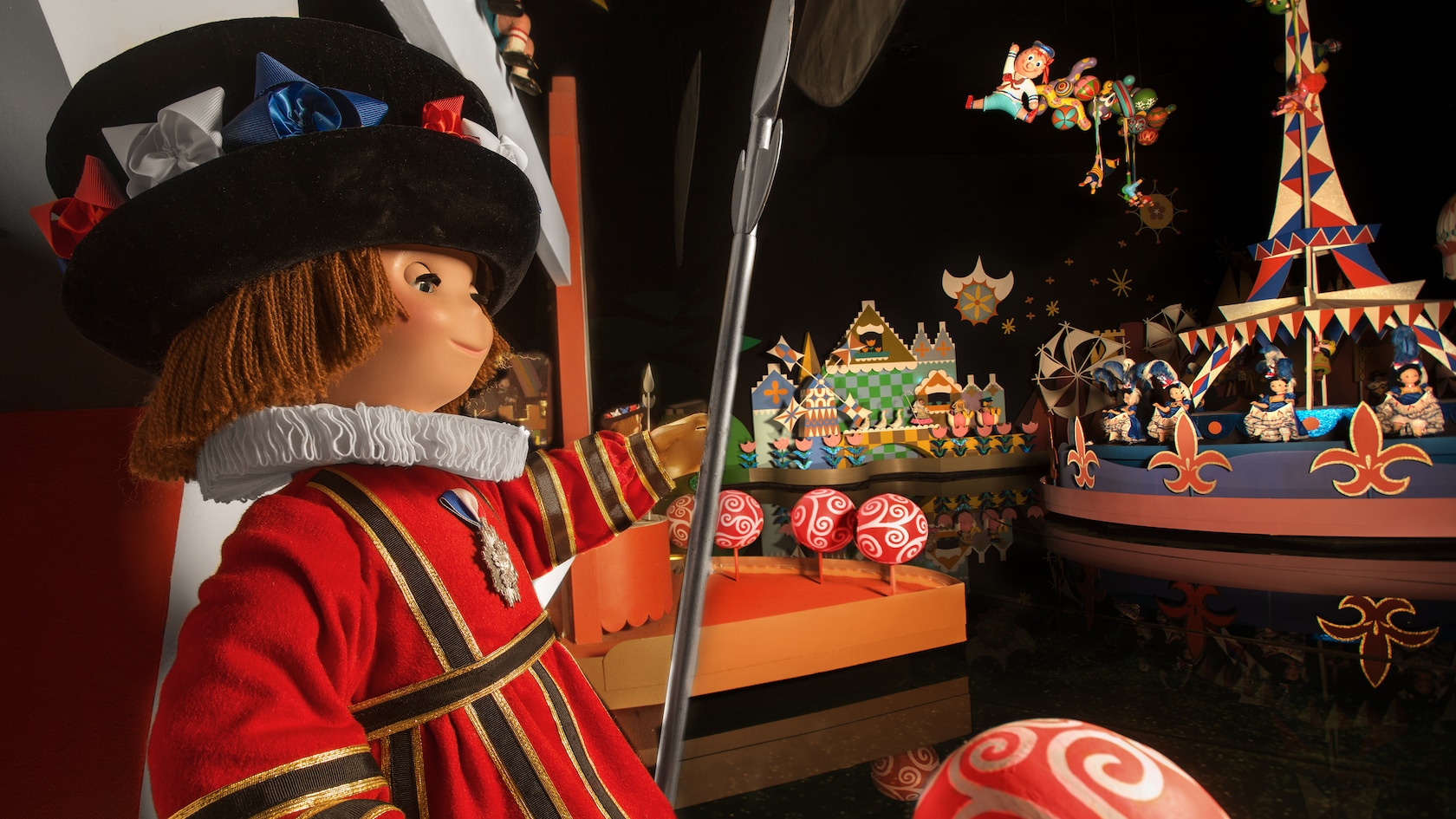 The ‘it’s a small world’ attraction first debuted at the Walt Disney World Resort on Opening Day in 1971. It’s one of those attractions that Guests either love or hate, and if they hate it, it’s often because of the tireless renditions of the theme song by the Sherman Brothers, “It’s a Small World After All,” played on repeat. It’s been estimated that the song plays more than 1,000 times each day.

Disney calls it “the happiest cruise that ever sailed,” and hails the attraction for getting Walt’s message across clearly: that it truly is a very small world when you think about it.

“Sing along to the classic anthem of world peace during a delightful musical boat tour. Cruise along the Seven Seaways Waterway on a gentle 10-minute journey through all 7 continents. Pass through vivid, fantastical scenes representing the iconic sights and sounds of dozens of nations. Behold a cast of dancing darlings from nearly every corner of the globe and watch as the Audio-Animatronics figures achieve universal harmony as they sing one song in many languages.” 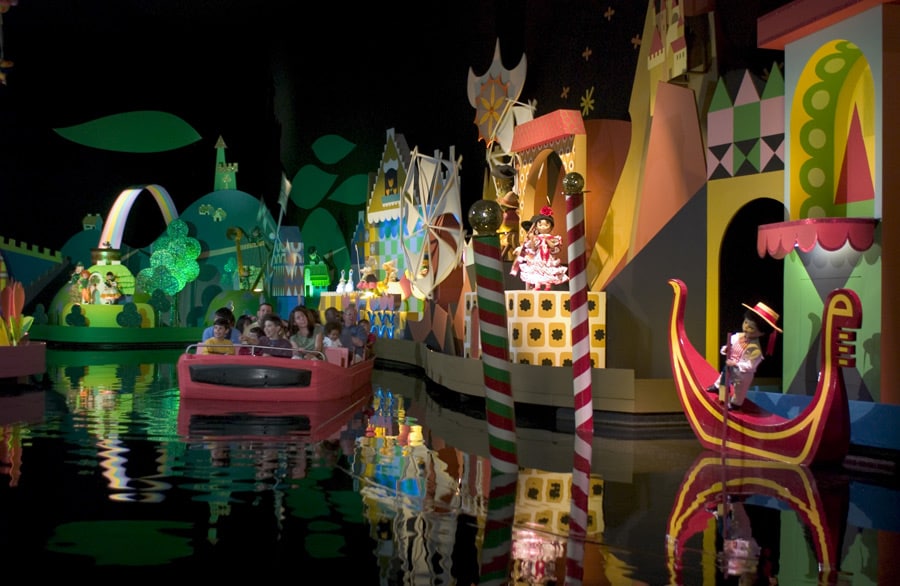 Long-time Disney delight Mary Blair was instrumental in the details of the attraction, as was designer Alice Davis. Under the direction of Davis, Disney seamstresses sewed costumes for all the dolls in the attraction. When it was all over, more than 300 costumes were at the ready for Cast Members to dress the dolls, each one made from different regions’ materials, such as silks from India and wool from Scotland for the Scottish bagpiper’s costume. 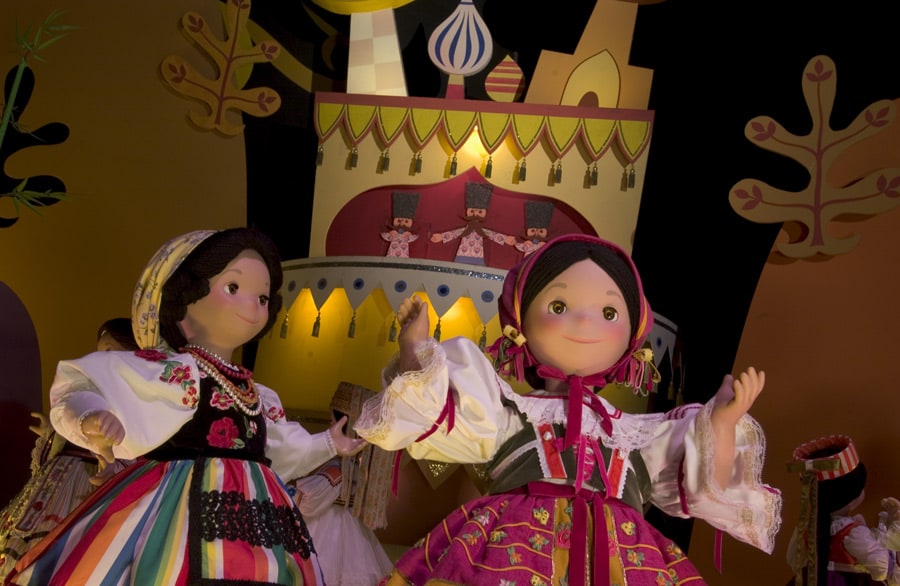 But this lesser-known fact about “it’s a small world” has Guests feeling a bit uneasy about the attraction. It has others just plain horrified. TikTokker @thedisneyparkers lets fans in on a little secret (or two):

You heard that right! The dolls in the attraction have to have yearly haircuts so that they don’t end up looking completely disheveled, and it’s not a joke. The dolls’ hair is made of yarn, and over the course of the year, humidity causes the yarn to stretch out, yielding the need for each doll’s hair to be cut and reshaped. You can see a close-up of some of the dolls’ hair here: 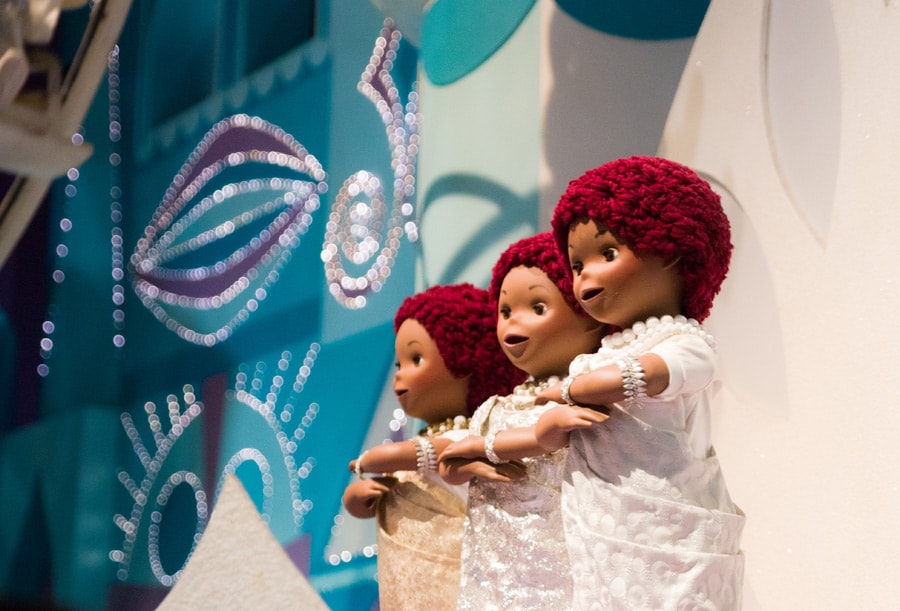 Yeah, I probably could have just kept living my life, not knowing this creepy little fact.

@thedisneyparkers’ video also states that the dolls continue moving and dancing all night long, even after the music stops and the park closes, but we can’t confirm this. (If we’re being honest, we don’t really believe that music ever stops!)

Click here to get another TikTokker’s take on the creepiness of the beloved attraction (hint: the music may stop, but the dancing never does!)