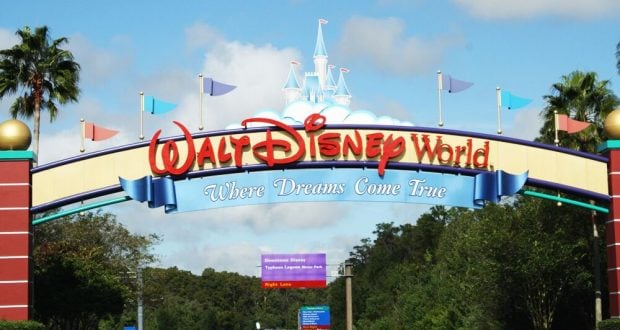 We know Disney to be the experts in the big things—huge, wildly thrilling coasters, new theme park lands—like Pandora: The World of Avatar at Animal Kingdom and the new Toy Story Land at Disney’s Hollywood Studios—and enormous undertakings, such as the building of Cinderella Castle and Spaceship Earth. But Disney also boasts unrivaled expertise in the little things—the details—those nice little touches and afterthoughts sprinkled around the Walt Disney World Resort. There’s a myriad of these tiny surprises all over Disney World, but here are 20 to get you interested.

20) There is sentimental artwork inside one of the most difficult-to-book restaurants. One of the most sought-after (and difficult to score) dining reservations at Disney World is dinner at Be Our Guest restaurant at Fantasyland inside Magic Kingdom. On the ceiling of the Grand Ballroom, you will see cherubs—lots of cherubs—just like the ballroom ceiling in the film, with one difference. The cherubs at Be Our Guest restaurant bear the faces of children of the Imagineers who worked on the project. There are even cherubs bearing the faces of Imagineers when they were babies. That is some kind of detail!

19) The light fixture at the Art of Animation Resort is priceless. The light fixture in the lobby of the Disney’s Art of Animation Resort is more than just a light fixture. If look closely, you’ll notice that the fixture is full of sketches and very famous signatures from different Disney and PIXAR films. There is a sketch of Lightning McQueen, signed by the legendary John Lasseter. Pictures of Mufasa, Rafiki and Baby Simba are each signed by Rob Minkoff and Roger Allers, the directors of Disney’s 1994 The Lion King. And a picture of Ariel has the autograph of Jodi Benson, who gave Ariel her voice in Disney’s 1989 feature film The Little Mermaid.

18) Many ride vehicles have names. Walt Disney Imagineering is always over the top when it comes to dreaming up, designing and building attractions for the Disney Parks. As if the design of Disney World’s ride vehicles weren’t impressive enough, many of the ride vehicles have their very own individual names! In the Haunted Mansion attraction at Magic Kingdom, guests are loaded into “Doom Buggies,” The next time you enjoy the Jungle Cruise attraction at Adventureland in Magic Kingdom, look at the banner across the top of the boat you’re stepping into—you might be stepping into the “Senegal Sal,” the “Nile Nellie,” the “Congo Connie,” the “Amazon Annie,” or the “Zambesi Zelda,” among others. At Animal Kingdom’s Kali River Rapids attraction, each of the 20 rafts in the fleet has a name too! You might be white-water rafting aboard the “Banyan Bay,” the “Kali Bumper Car,” the “Sherpa Surfer,” or the “Manaslu Slammer!”

17) There’s significance in that castle wall in New Fantasyland. Have you noticed that partial castle wall that looks a bit out of place—the one that matches the colors and style of Cinderella Castle? It may look haphazardly placed, but Imagineers are incapable of the haphazard, and the wall was purposely built in that location. It gives Guests a visual gateway from the older Fantasyland into New Fantasyland. It also serves to show the extent of Cinderella’s Kingdom. How cool is that? (Photo credit: Huffington Post)

16) Be prepared to die at the Haunted Mansion. Well, be prepared to pretend to die, anyway. That’s because there is a part of the ride that was created to symbolize the death of the Guests in the ride vehicle. The “scene” takes place after the scene in the attic in which the “Black Widow Bride” says eery things like “I do. I did!” and “Till death do us part.” Instead of a bouquet of flowers, the bride, holds a shiny hatchet. Just after the doom buggy passes this matronly-clad apparition, the ride vehicle takes Guests outside. And then the doom buggy does something horrifying—it rotates and descends outside the mansion—BACKWARDS! Yes, you and your scaredy-cat friends have fallen out of the attic window, and each of you has died from the fall. That’s why the very next room you enter is the graveyard scene.

2018-04-18
+Becky Burkett
Previous: The Grove Resort & Spa Water Park Grand Opening
Next: Disney in the Details: 20 Park Details that Will Blow Your Mind