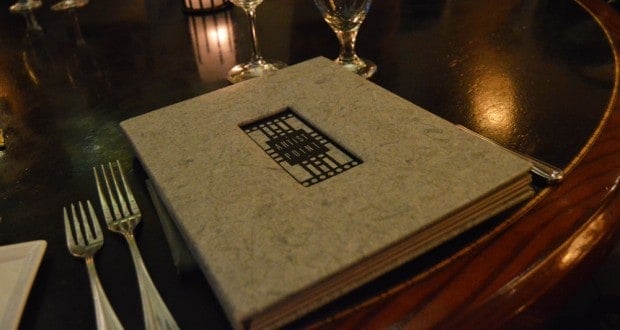 Dining should be a large part of any Walt Disney World experience. Whether you’re vacationing for several days, or you’re local and just going to spend a few hours at a park, you’ll need to eat. With over 300 different dining options, finding the perfect place isn’t always easy. Here are seven tips from a Disney insider.

Insiders know that an 8:00 meal reservation does not mean that there will be a table available at exactly 8:00. They also know that theirs will not be the only name on the list for that 8:00 reservation. They will arrive and check in a few minutes early. That way, their name will make it to the top of the list for everyone reserved in the same time period. They also know that if they arrive early and there happens to be an open table, it will be theirs. Insiders will wait patiently to be seated, because they know that the restaurant staff is working as hard as they can.

On busy days the counter service restaurants will be packed at noon and at 6:00pm, when many people are used to eating lunch and dinner. Insiders will avoid these times. They may instead eat a late lunch during the Disney Festival of Fantasy Parade at the Magic Kingdom. Insiders also know not to look in the main dining area if a restaurant is crowded. They’ll know which counter service restaurants have side dining rooms or upstairs eating areas, and they’ll sit there instead.

You don’t have to be an insider to know that food is expensive at Walt Disney World. Insiders, though, will plan for the occasional splurge. Whether it’s a seasonal cupcake or a new dish on a menu, insiders will from time to time forget about calories and the cost, and will spend a little bit extra on something special.

Too often guests only dine inside the theme parks. Insiders know that arguably the best Walt Disney World restaurants are located instead at the resorts. They will enjoy breakfast with Minnie and a few friends at Disney’s Beach Club, or afternoon tea at Disney’s Grand Floridian. They know that they can dine on Polynesian or African cuisine, Southern comfort foods, and share The Kitchen Sink as a family. They realize that if they want a romantic dinner, the resorts have many great options, some of which include an unforgettable view of fireworks. Insiders know that the resorts offer more than just food courts for dining. They will also admit that the food courts can be pretty special as well.

People who don’t know much about Walt Disney World tend to order the same type of meals that they would find in other theme parks. They’ll look for burgers, pizza, and chicken nuggets. While insiders know that there are some incredible options for those burgers, pizza, and chicken nuggets, they will often look for something outside the box. If they want a snack they might order an egg roll or hummus and chips. They’ll try as many different World Showcase restaurants as they can, so that they’ll be able to enjoy different specialties from around the world. Insiders will order a couple of appetizers and share, so that everyone at the table will be able to have a taste. Insiders will know what Couscous, Mealie Pap, and Kjottkake are. Their kids will know as well.

Insiders truly appreciate the Walt Disney World Cast Members. They know that the servers in the full service restaurants do their best to make each party feel like they are special. They also realize that a gratuity is not added in most instances. If they are using the Disney Dining Plan, they are well aware that the tip has not been added on. Insiders realize that the servers rely on tips to feed their families and that it is not an easy job, so they tip generously. If a server truly goes above and beyond, they will add a little extra. They will also leave a compliment about an exceptional server or other Cast Member at Guest Relations. Disney takes compliments very seriously, so leaving one could make a Cast Member’s day.