15 Things You Didn't Know Were Possible at Walt Disney World 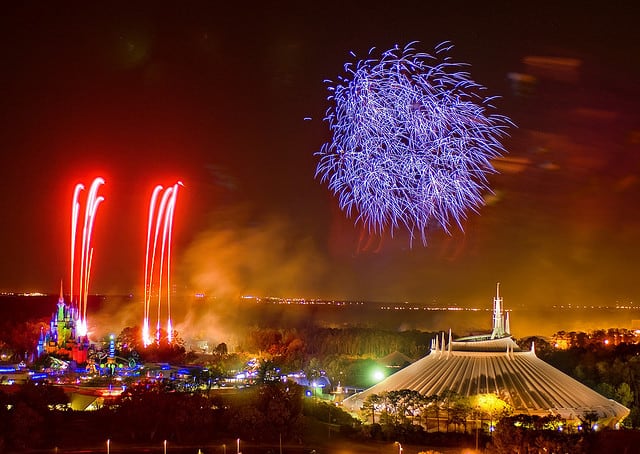 Walt Disney World has some of the most incredible fireworks displays on the planet. The problem is that you have to stand there and watch them with several thousand of your closest friends. Leaving the park after the fireworks can also be a bit of a chore, and not exactly the way that you want to end a day of fun. You can watch the fireworks without having to step foot in a theme park or have a ticket! Happily Ever After can be seen from any of the Magic Kingdom Resort Area resorts. There is a deck at Disney's Contemporary Resort where you can watch, or head to the beach at Disney's Polynesian Village Resort. For perhaps the most romantic meal of your trip, followed by fireworks, make a reservation at California Grill. If you want to see the fireworks portion of IllumiNations: Reflections of Earth, head to Disney's BoardWalk. You'll be able to see the fireworks on one of the two bridges around Crescent Lake. You can also see the fireworks from Disney's Hollywood Studios in some areas around the lake. If the night is clear you might also be able to see Happily Ever After off in the distance, that's three free fireworks shows from one area! Watching the fireworks for free is a fun activity to do on your first day if you arrived late and don't want to use a day of your theme park tickets. An added benefit is that you will not have to worry about the crowd after the show is over.

Left 16 of 16 right
Next: The 13 Biggest Disney Park Controversies