15 Signature Foods You Must Try at Walt Disney World 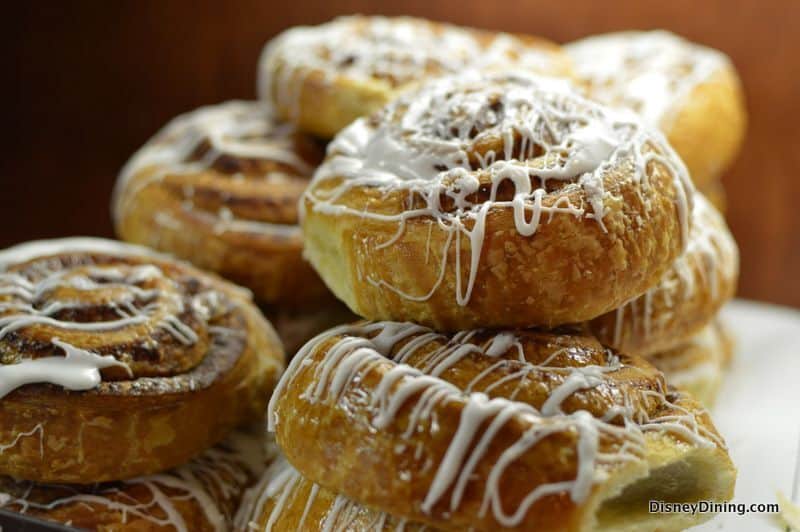 There is something special about sinking your teeth into a warm, gooey roll that is topped with too much icing. There are several places where you can get your cinnamon rolls at Walt Disney World, but two need to be mentioned here. First, Gaston's Tavern in the Magic Kingdom sells Warm Cinnamon Rolls. They are the same rolls that were enjoyed by thousands at Main Street Bakery for years, although there is maple flavor added to the icing. The rolls are still soft and melt in your mouth. For the second cinnamon roll treat, head over to Kusafiri Coffee Shop & Bakery at Disney's Animal Kingdom. There you can order the Warm Colossal Cinnamon Roll. This cinnamon-filled heaven is large enough to serve two, and the design makes it even more extraordinary. It is shaped like Mickey! If you love cinnamon rolls, you will probably want to stop by both places.