15 Hidden Mickeys You Can Find At Walt Disney World 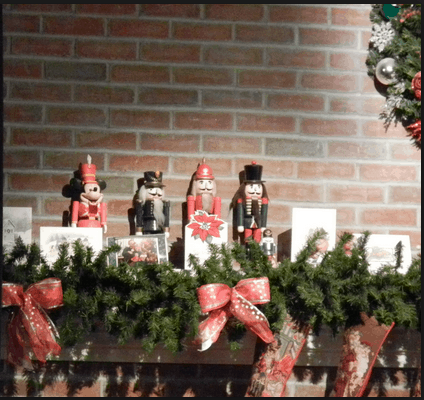 4) Carousel of Progress Nutcracker – Tomorrowland in the Magic Kingdom brings the golden age of space and technology that never was to life through attractions designed to both thrill and amaze them. Walt Disney’s Carousel of Progress is a truly innovative attraction that was first introduced at the 1964 New York World’s Fair. The attraction features an amazing theater that has the audience rotate around stages centered in the very middle. Each scene progresses in time from the turn of the century to modern day and follows one family as they enjoy new technologies and inventions throughout the years. The final scene of Walt Disney’s Carousel of Progress shows the family gathered around to celebrate Christmas including a large Christmas tree on the left hand side of the scene. Guests that look to the left of the Christmas tree will spot a mantle featuring several nutcrackers including one that is Mickey Mouse himself! This Hidden Mickey nutcracker is actually only one of several Hidden Mickeys in this particular scene, so guests should definitely be on the lookout for more!