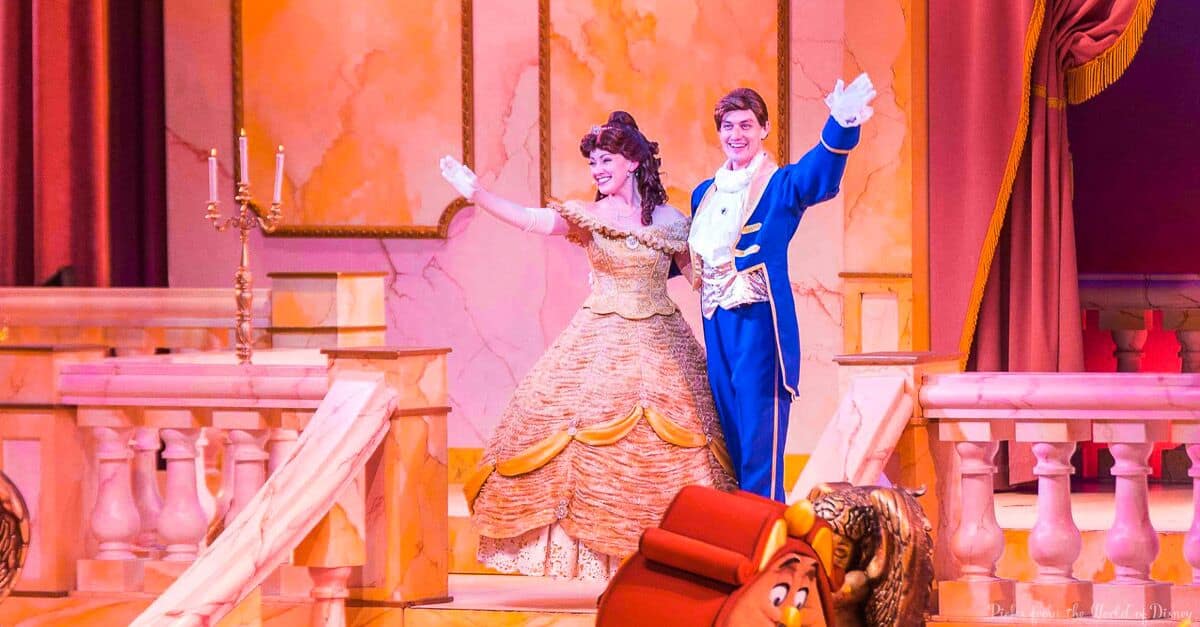 12. Rookies don’t see Beauty and the Beast Live on Stage.

Disney World Rookies often think of shows as the placeholders between attractions, and that may be true at other non-Disney theme parks. But at Disney World, you can always count on a magical experience, whether that’s at a stage show or on a thrilling coaster. Beauty and the Beast Live on Stage is an impressive stage show that takes place at the 1,500-seat Theater of the Stars on Sunset Boulevard. It is an open-air theater, but it is completely shaded. The show was a first, not only for Disney, but for the world—the first ever stage show to premiere on the same day as the feature film which inspired it. The Broadway-style stage show debuted at Disney’s Hollywood Studios on November 22, 1991—the same day that Disney’s Beauty and the Beast hit theaters across the country. Amazing sets, props, vibrant costumes and spirited choreography come together to tell this “tale as old as time.” It appeals to Guests of all ages. The production lasts approximately 25 minutes, and FastPass+ service is available. Don’t be a rookie—be sure to take in this fantastic show before leaving Hollywood Studios.