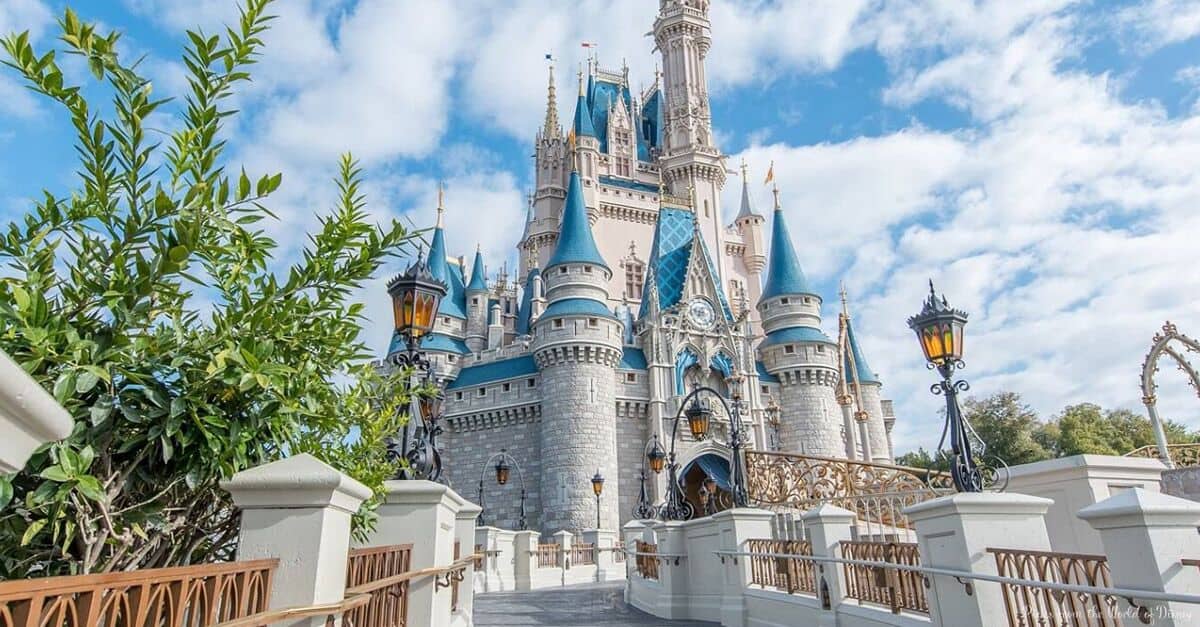 Cinderella Castle is the most photographed structure at Walt Disney World. It is also a bit of a marvel. The Castle stands at 189 feet if measured from the bottom of the moat. If it were one foot taller it would be required to have a lightning rod on top. There is no actual gold used on the exterior. It was built to withstand winds of 125 miles per hour. No bricks or stones were used when building the structure. There are 27 towers. There were supposed to be 29, but 13 and 17 weren't added when it was realized that they would not be visible. The bridge over the moat is not an actual drawbridge, it cannot be raised. Speaking of the moat, it contains approximately 3.37 million gallons of water. There is a suite inside Cinderella Castle that was planned for Walt Disney and his family, but he died too soon. The suite is now used only for VIPs and the occasional contest winner. There are no tours inside the suite, so there is little chance that you will ever see it for yourself.