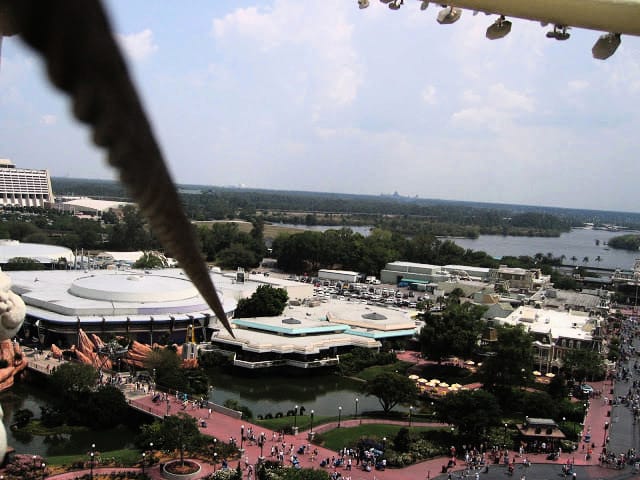 11) Tinkerbell's Flight One of the highlights of the Happily Ever After fireworks display is the flight of Tinkerbell. She flew for years during Wishes Nighttime Spectacular, and fans were thrilled to see that she has been included in that show's replacement. There's one thing that you may not want to think about Tinkerbell as she flies overhead. Chances are, she is played by a man. Disney will use a male acrobat for the part, all dressed up in a Tinkerbell costume. Of course if you ask a Cast Member about it, you will be told that it really was Tinkerbell. There are a couple of reasons why Disney will not allow their people to say anything. First, Disney is all about magic, and few things are more magical than Tinkerbell's flight. Second, Disney wants to protect the identities of their performers. You will be able to find out very little information about anyone in any show, it's not just Tinkerbell who they need to protect.