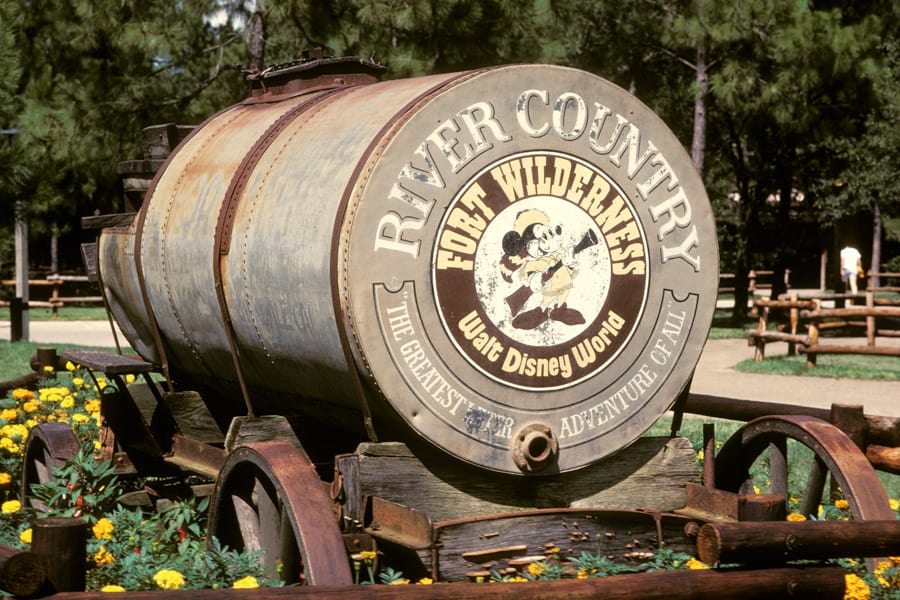 4) Three Water Parks Walt Disney World is home to two of the most popular water parks on the planet. Disney's Typhoon Lagoon Water Park opened in 1989, and Disney's Blizzard Beach followed in 1995. Before either park opened there was another water park at Walt Disney World. Disney's River Country opened in 1976. It was located near the Magic Kingdom. Water was filtered in from Bay Lake, and there were also clean water attractions. River Country had the feel of an old fashioned watering hole, with a touch of Huckleberry Finn. The last day of operation for Disney's River Country was November 2, 2001, but its closure wasn't officially announced until 2005. Disney's River Country still exists, and there are no plans to demolish it. The 330,000 gallon pool has been drained, but the rest remains untouched. Anyone caught trying to explore what's left will be banned from Disney for life.