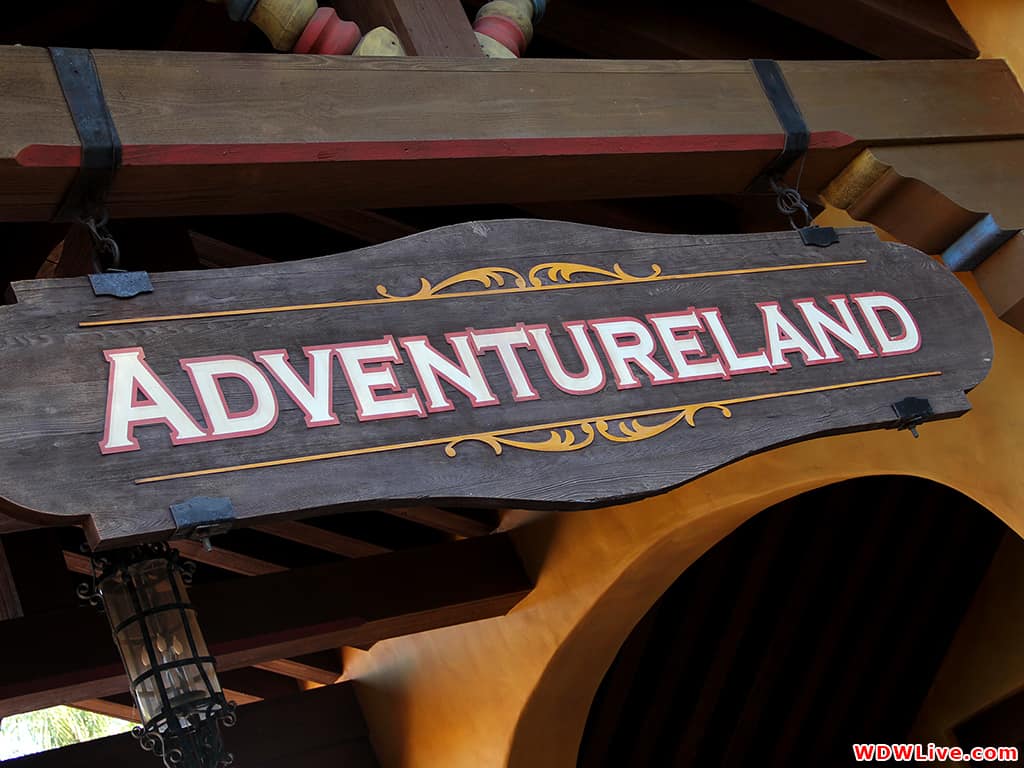 8) (Almost) Untouched Adventure  There have been many changes to the lands at the Magic Kingdom over the years, but one land has remained pretty close to the way that it was in the early days. Adventureland opened with three rides; Jungle Cruise, Swiss Family Treehouse, and Tropical Serenade. Pirates of the Caribbean was added two years later. Tropical Serenade eventually became Walt Disney's Enchanted Tiki Room. No new rides were added until 2001, when The Magic Carpets of Aladdin debuted. There have been no other rides or attractions added to Adventureland since.