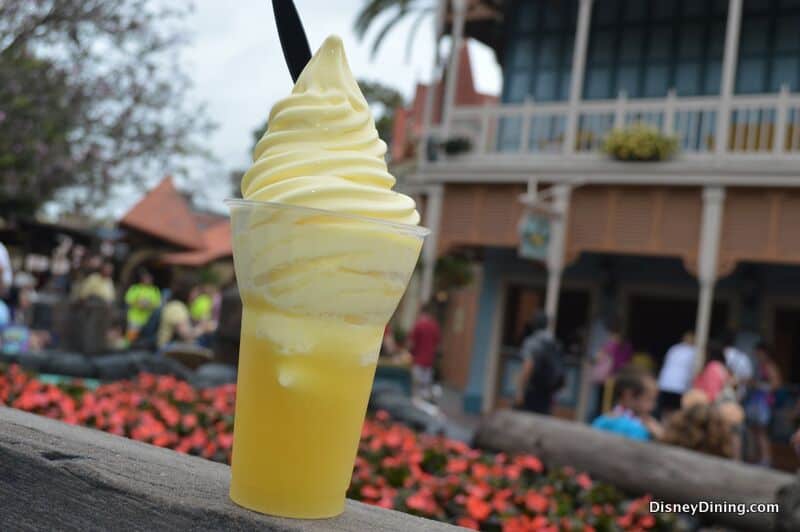 13) Dole Whip Dole Whip is an iconic treat that many people associate with the Magic Kingdom. It can be found at Aloha Isle. Dole Whip is a soft serve pineapple treat that is served in a cup or as a float. The dish is vegan, so it can be enjoyed by people who can't or don't eat dairy. It is also relatively low in calories. A half cup of Dole Whip has 90 calories, but keep in mind that a serving at Aloha Isle is going to be larger than that. Dole Whip can be found in other places at Walt Disney World (sometimes under the name Pineapple Soft Serve), but many guests still have to have it at the Magic Kingdom.