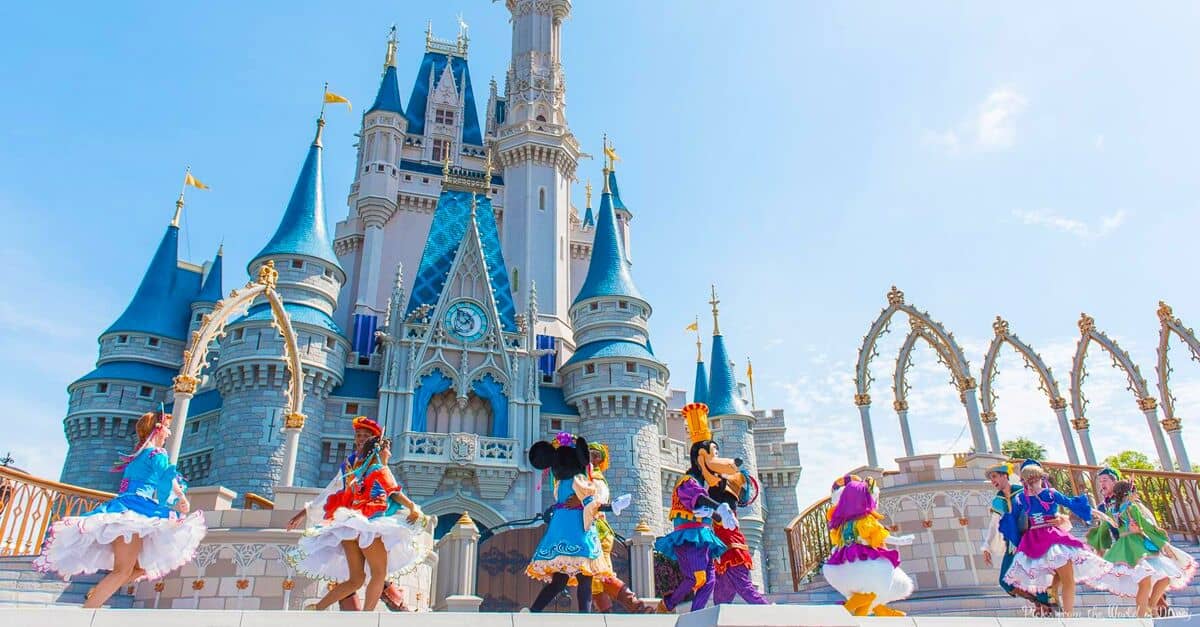 1) Cinderella Castle Cinderella Castle is one of the most photographed landmarks on the planet, and there are several great places where you can snap that perfect picture. There are thousands of proposals a year in front of the castle because it's an incredible romantic backdrop. Cinderella Castle (not Cinderella's Castle, as it's commonly miscalled) is over 180 feet tall. Forced perspective was used in the design to make it look even larger. Cinderella Castle is 100 feet taller than Sleeping Beauty Castle at Disneyland Park. The castle is made of fiberglass and steel, no bricks were used. It is able to withstand hurricane force winds. Cinderella Castle is the perfect backdrop for the nighttime shows Happily Ever After and Once Upon a Time, but there is more to it than that. The stage in front of the castle is used for Let the Magic Begin and Mickey's Royal Friendship Faire. Inside Cinderella Castle girls can be transformed into princesses and boys into knights at Bibbidi Bobbidi Boutique. You can feel like royalty as you dine with princesses at Cinderella's Royal Table. There is also a royal suite that is located inside Cinderella Castle. The space was originally intended to be used by Walt Disney and his family, but he died too young. The suite can't be booked and you can't schedule a tour. At the moment it is used for VIPs. There have also been contests in which guests could spend a night in the suite, but those are few and far between.
By PaulaK