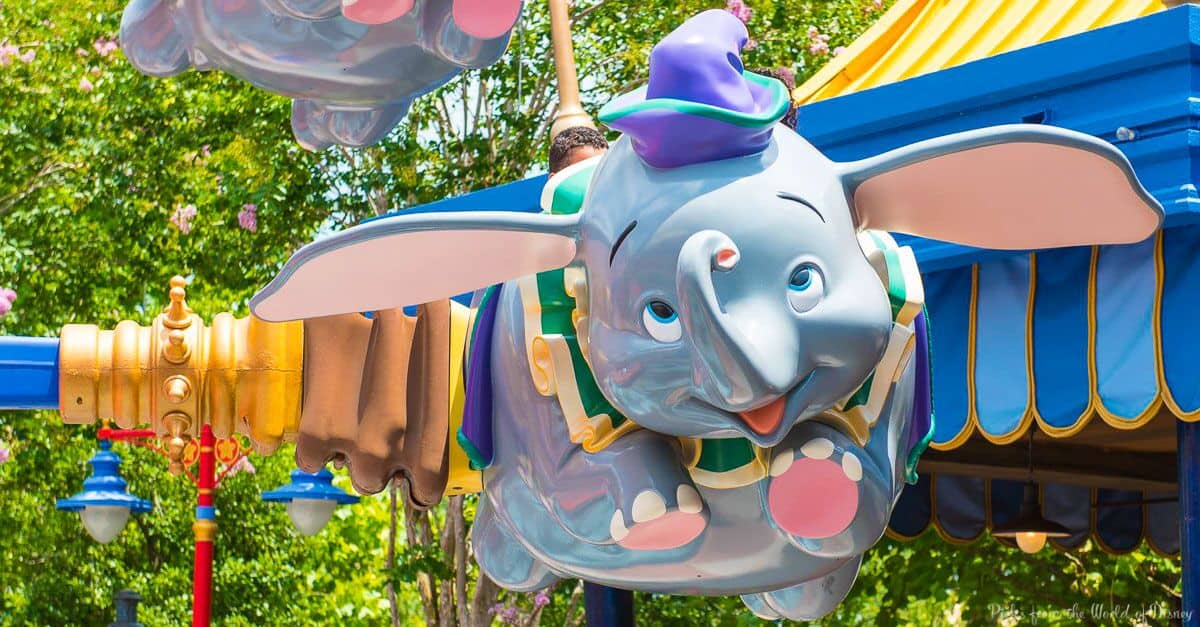 2) Opening Day Attractions Although there have been many changes over the years, there are still plenty of attractions that have been around since the park opened in 1971. They are Country Bear Jamboree, Dapper Dans, Dumbo the Flying Elephant, Frontierland Shootin' Arcade, The Hall of Presidents, The Haunted Mansion, "it's a small world", Jungle Cruise, Mad Tea Party, Peter Pan's Flight, Prince Charming Regal Carrousel, Swiss Family Treehouse, Tomorrowland Speedway, Walt Disney World Railroad Main Street U.S.A. Station, and Walt Disney's Enchanted Tiki Room. While they are still there, many have changed names and several of the elements of the attraction. In the case of Dumbo, the ride was moved and doubled in size. Even though there have been changes, it's nice to see that there are still plenty of ways to experience what the original vision of the Magic Kingdom was all about.