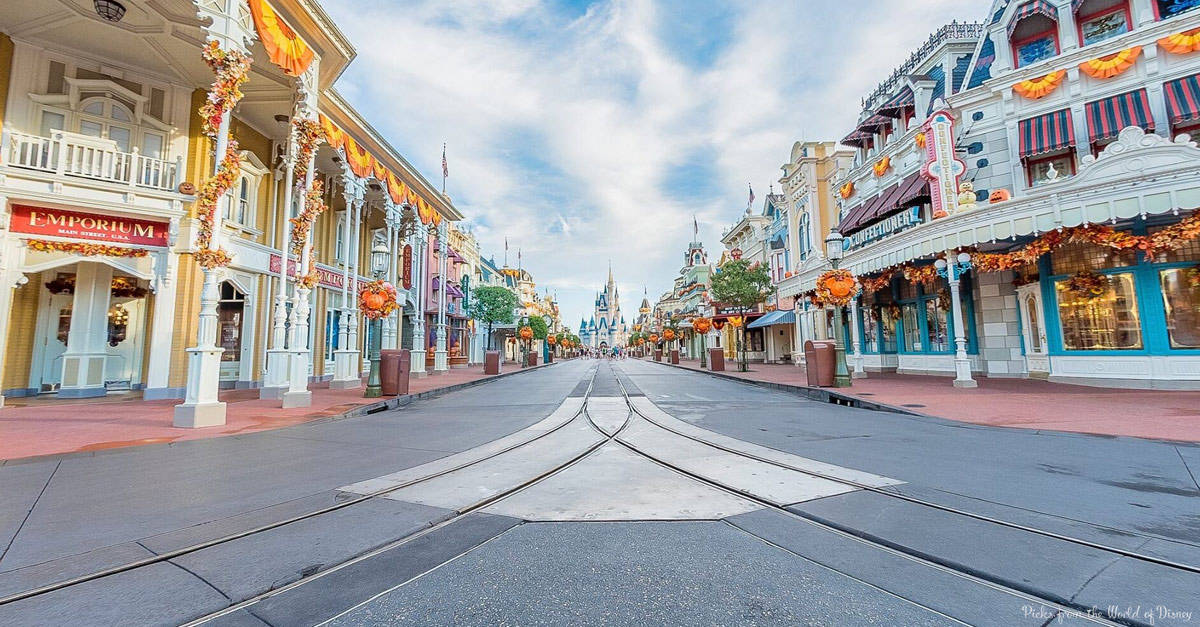 5) Flags on Main Street When walking down Main Street, U.S.A., you may notice that there are American flags in several different locations. What you probably will not notice is that these flags do not have 50 stars on them. The reason is not because Disney is trying to go back in time, or that they are not patriotic. Flags without 50 stars are not considered official United States flags. That means that if the weather turns bad, the unofficial flags can still fly. Storms with lightning are an almost daily occurrence during the summer in Central Florida, and since the flags aren't official no one has to risk injury by taking down the flags in the middle of a storm. There is one official United States flag that you will see on Main Street. The flag on the pole in the middle of Town Square has 50 stars, and it is treated with respect. The flag is lowered daily at 5:00pm in a special Flag Retreat ceremony. A guest veteran assists, and patriotic music is played. It's a beautiful ceremony that you should plan to make part of your day.