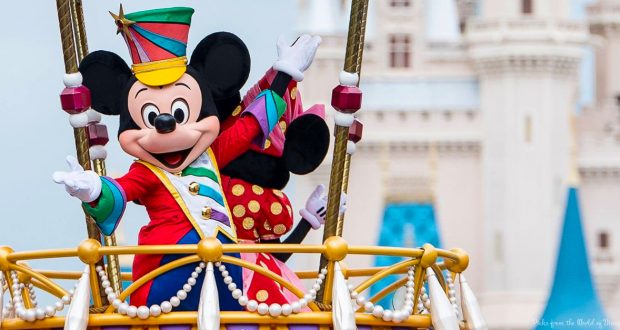 Every Walt Disney World vacation is sure to be magical from start to finish as guests explore the four theme parks, two water parks, Disney Resorts, and Disney Springs.

Part of the magic of a Walt Disney World vacation is being completely transported to different places in time, location, and fantasy through amazing attractions, entertainment, and experiences. This magic is made possible for guests by the Walt Disney World Imagineers who dedicate their work to create amazing places and experiences which can bring guests everywhere from under the sea to the African savannah.

Disney fans love to be on the lookout for new facts or discover new secrets about the parks. It’s part of what keeps us going back.  Here are 13 facts and secrets about Walt Disney World. Walt Disney World is a happy place, but sometimes some not so pleasant things will happen. Below are some of the codes you may hear a Cast Member use:

A Cast Member will use the term “Signal 70” when reporting a lost child. The cryptic term prevents parents and other listeners from inciting panic and communicates the situation quickly to other cast members to speed up the search.

The mentioning of “Code V” or “Signal V” is definitely NOT a Cast Members favorite code. With all the different foods, drinks, desserts, mixed with twists and turns of rides, and add a touch of heat, park guests are likely to spot someone losing their lunch. A Vomit alert (or protein spill) calls some lucky Cast Member to clean up ASAP.

“White Powder Alert” means that someone has scattered cremated remains on a ride or in an area. It does happen, and no, the loved one will not have a proper send off. The ride will be shut down and the remains vacuumed and thrown out. The icon of Disney’s Animal Kingdom is the massive Tree of Life, which can be found on Discovery Island and features thousands of vibrant green leaves that sway gently in the breeze. The impressive trunk of the Tree of Life is carved with hundreds of intricate animals which seem to come to life, thanks to their amazing detail.

While the Tree of Life may seem like a real tree, it was crafted by Disney for the park and many guests may be surprised to learn what supports the structure from within. When building Disney’s Animal Kingdom, Imagineers were having trouble figuring out a system to support the massive icon while also leaving space in the roots for the theater that houses It’s Tough to be A Bug. The answer came in an old oil rig that was recycled to provide the perfect support for the Tree of Life. It stands 145 feet tall, and at the base it is 50 feet wide. There are over 8,000 branches in various sizes, and over 102,000 man-made leaves. Each leaf is over a foot long. As you approach the Indiana Jones stunt show,  you will see a well over to the left as you face the entrance.  There is a sign posted that says “Do Not Pull The Rope.”  Just this one time, break the rule. This is just another one of the cool Imagineering tricks put in plain sight for Disney guests to enjoy.

What vintage Hollywood movie studio would be complete without wooden crates that were used to transport the props?  There are plenty in Disney’s Hollywood Studios, and many of them have tributes on them to classic movies.  Check the addresses.

One is being sent to Scarlett O’Hara at Tara Plantation, one is on its way to Rick’s American Café in Casablanca, and one is from Wainwright Enterprises being sent to George Bailey in Bedford Falls, New York.  (Photo Credit www.vacationearing.com) This one has an interesting back story.  For years there was a “ring” in the pavement near the exit of the attraction that was, in reality, the sawed off end of a metal post in the ground from a queue that used to be there.  Guests noticed it and created a legend that it was the bride’s ring.

Then it unceremoniously disappeared, much to the dismay of guests searching for it.  But, the Imagineers heard their cries and added an actual wedding ring to the new queue area.  If you would like to find it, you can ask one of the cast members working in the area, or you can search online as there are a few videos that show its location.