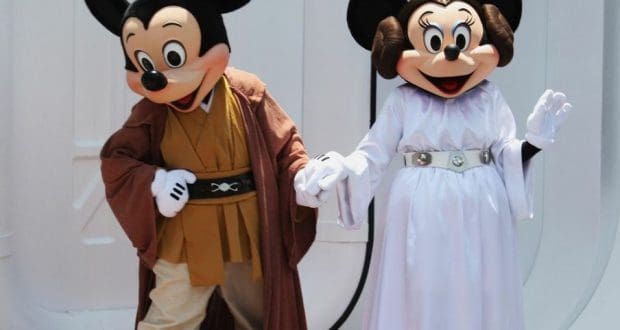 Change is necessary at any amusement park. New rides and experiences are what make people want to come back, and they keep the parks ahead of the competition. Nowhere is change more important than at Walt Disney World. If it was still just one theme park with a couple of dozen attractions, Central Florida would not be the top family tourist destination in the world. Change comes with a price, and that price is often controversy. Here are 13 controversial changes that have hit Walt Disney World.

Many of the items on this list are recent. That is because there is currently so much happening at Walt Disney World. A few older things have made the list as well. Walt Disney World has survived, even when the change wasn’t popular. It will be just fine when the current controversies die down as well. Raising prices on tickets is always controversial. No one wants to pay more for a Walt Disney World vacation, but the prices still go up every year. Things got a bit more controversial than normal in 2016 when it was announced that there would soon be a seasonal ticket structure. The seasons would be Value, Regular, and Peak. The idea behind the change was to get more people into the parks during the slower times of year, and maybe to smooth out the crowd flow during the busier times. Of course the Value price was the same as the price the day of the announcement, there wasn’t going to be any decrease in prices. Seasonal tickets aren’t all that bad, though, because the increased price is only for one day tickets. A multi-day ticket during the Value Season will cost the same amount as a similar ticket during the Peak Season. Whether or not seasonal ticket pricing has leveled out the crowds has yet to be seen. In 1996 Walt Disney World observed its 25th birthday. To celebrate, Cinderella Castle was changed into a giant birthday cake. It was covered in pink “icing” and sported 26 candles. It was decorated with items to represent candy, such as gumdrops, lollipops, and Life Savers. It stayed that way for the 15 month celebration. The problem was that it no longer looked like Cinderella Castle. People dream of their pictures with the castle as the backdrop, and the cake idea ruined that dream. You will not hear many people speak highly of how the beloved castle looked as a birthday cake. Those who have pictures in front of the birthday cake, though, are often more than happy to show them to other fans who never saw it that way. (Photo credit: Walt Disney World) Star Wars is one of the most loved franchises of all time. There are movies and television shows, and of course there is a popular Disney ride based on the stories. When Disney purchased LucasFilm it was assumed that there would be more Star Wars at Disney’s Hollywood Studios, but how much is too much? The popular Star Wars Weekends were canceled as a new land based on the saga was announced. There are now several Star Wars themed attractions at the park, and some people think that there are too many. Most of the current offerings are most likely temporary, with the only permanent structure being Star Tours – The Adventures Continue. If you’re not a Star Wars fan don’t avoid the park. There is plenty to do that will not take you to a galaxy far, far away.

10) The Opening of Disney’s Animal Kingdom Disney’s Animal Kingdom opened on April 22, 1998, and it was not without controversy. Some animal rights groups were concerned about the welfare of the animals, especially after some died due to either moving to a new place or being hit by a vehicle. On opening day about two dozen protesters showed up. Police presence was much greater, with around 150 officers, and there were no arrests. Disney had already been cleared of any wrongdoing related to the deaths of the animals. The protests did nothing to deter visitors. There were 350 cars waiting to get into the parking lot by 5:00am on opening morning, and 45 minutes after opening the park reached capacity. The Walt Disney World College Program allows students 18 years and older to spend a semester working at Walt Disney World. They gain work experience, and Disney has jobs filled. The controversy comes because the College Program workers are reportedly paid a lower salary than their counterparts who aren’t in the program. Many say that the program takes jobs away from the locals, and also drives down how much other cast members will make. There is no union for College Program workers, and they do not receive insurance. Proponents of the program say that it fills part time jobs and gives students from around the country a chance to gain some real life experience. Many College Program participants eventually become regular Cast Members, so they are obviously not worse for wear. Most people who have participated in the program say that it was one of the most incredible experiences of their lives. Unemployment is low in the Orlando area, so College Program participants don’t seem to be stealing jobs from others.