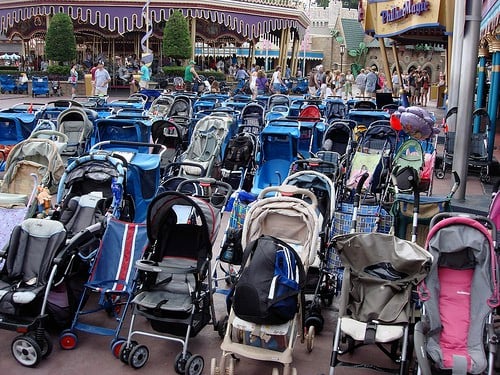 6) Facebook and the Stolen Stroller If you've been to Walt Disney World, you've undoubtedly seen dozens of strollers lined up near the entrances to rides and shows. Most of the time, the strollers are fine. In May, 2017, a woman from Tampa decided to go stroller shopping, grabbed one of the strollers, and put her daughter inside. When the actual owner got off the ride and saw that her stroller was missing, she contacted Disney security immediately. They were able to release a picture of the thief, which the stroller's real owner posted on Facebook. The picture went viral and was shared countless times. The stroller had been purchased by a woman in Texas, who realized it was stolen from the posts and contacted authorities. The stroller thief realized that the jig was up, and she turned herself in. The stroller was returned to its owner. (Photo credit: Suitcases and Sippy Cups)