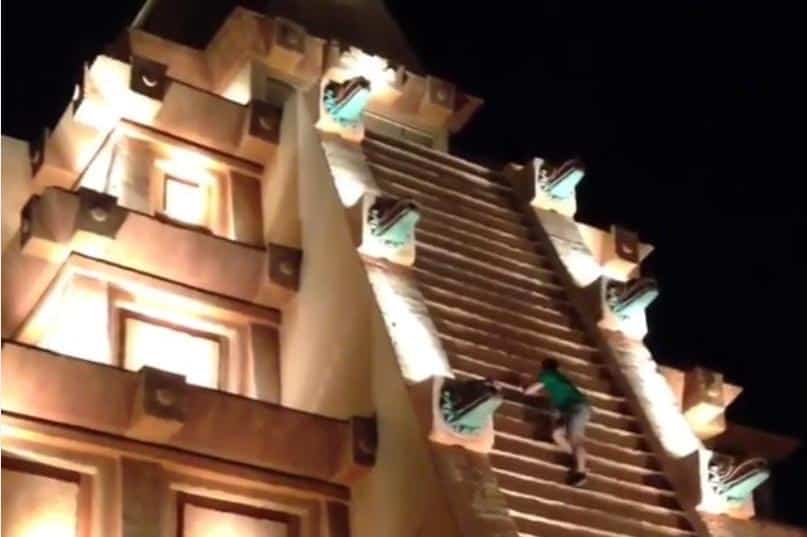 9) Man Climbs Mexico It is well known that some people tend to over imbibe during the Epcot International Food & Wine Festival. In November, 2015, one man showed the world that he should have been cut off. He decided to climb the outside of the Mayan Temple in the Mexico Pavilion. Of course someone saw him and started to record it, and the video went viral. Not all that much information was released except for the video. Some people who were present claimed that the man was escorted out of the park by security. While the man wasn't arrested, he could have been. Most likely he was also banned from Disney property for life. Disney has played down the incident, most likely so that no one else will get any ideas about trying it.