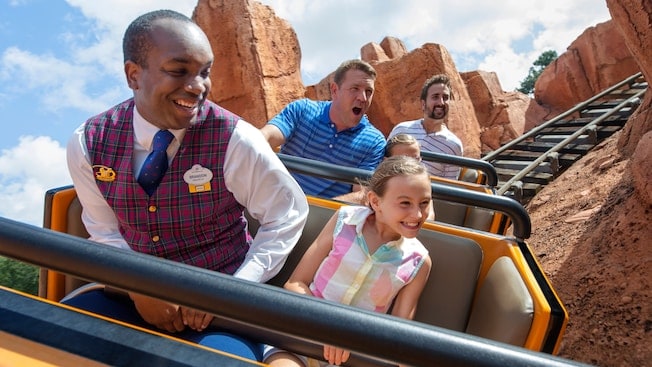 9. VIP Guide Like most people, I love feeling like a VIP.  I get that feeling a lot at Walt Disney World, just as part of their usual exemplary customer service, but being able to have a VIP Guide for the day would be the ultimate.  I had to laugh at the Black-ish episode where the family had the guide and went from feeling embarrassed that they were getting to bypass the standby lines, to over-acting the role of a VIP with its privileges.  The best part was when the guide’s time was up and they were on their own—proving the point that I try to make to clients, that any trip to Walt Disney World will be magical & memorable.  With that said, I would still love to have a day with a guide who could make the day relaxing, efficient and give us some history & background on the park while we tour. (Photo credit Disney)