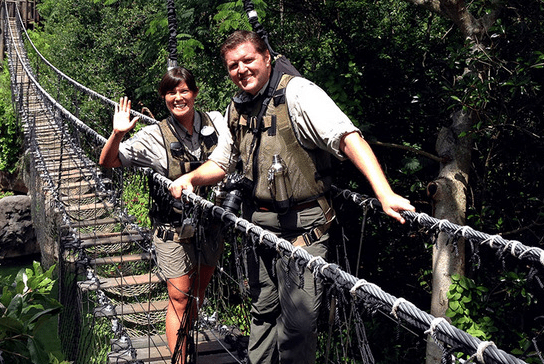 12. Backstage Magic I love all of the behind the scenes tours that I’ve done at Walt Disney World from the Keys to the Kingdom at Magic Kingdom to Undiscovered Future World at Epcot and Wild Africa Trek at Animal Kingdom.  The one that remains on my bucket list is the Backstage Magic.  On this VIP behind the scenes tour you spend an entire day (7 hours) touring various areas of Walt Disney World resort seeing what makes it work.  Current highlights for me include visiting backstage at the American Adventure and going to creative costuming.  The tour includes lunch as well.