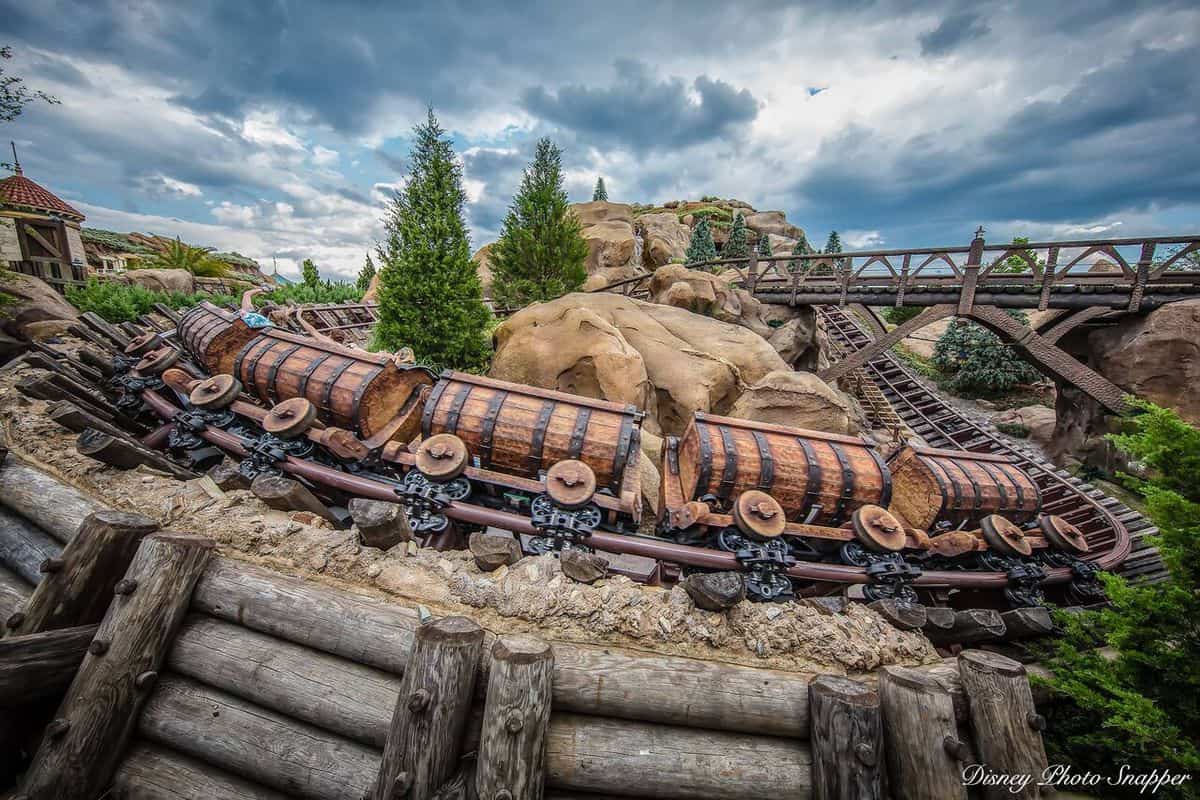 4) Seven Dwarfs Mine Train – Magic Kingdom The year 1937 was a landmark in the motion picture industry. Disney’s Snow White and the Seven Dwarfs hit the box office that year, and it was the first full-length animated feature ever created. It would also prove to be the Walt Disney Company’s springboard in many ways. The year 2014 was a landmark in the history of Walt Disney World as it opened the Seven Dwarfs Mine Train attraction as part of the New Fantasyland expansion. The ride is less than three minutes long, but it is a unique steel roller coaster ride in that it entices Guests who don’t usually embark on a coaster. The ride is smooth, as opposed to the “jerkiness” of some coasters, and the drops are gentler than most coaster drops. Mine carts serve as the ride vehicles, and they sway from side to side with the twists and turns of the track. The attraction has a highly interactive stand-by queue, and the attention to detail throughout the queue is amazing. You’ll see animal tracks on the ground, the Dwarfs’ cottage and even some notes from a few of the Dwarves. Don’t miss this one!