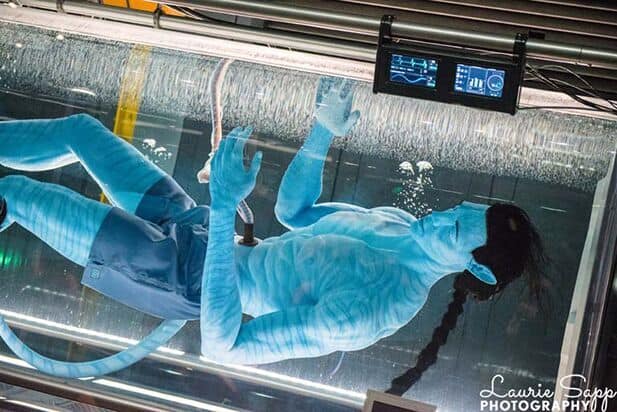 6) Avatar: Flight of Passage – Disney’s Animal Kingdom This attraction is one of Disney World’s newest gems and one you’ll be talking about for a long time. Disney knew before the ride opened that it would draw quite a crowd, especially since it opened just before summer. To make sure as many Guests as possible could enjoy this attraction, Disney’s Animal Kingdom had an extended schedule of park hours for the first few months after the attraction opened to allow more time for visitors to the parks to experience the World of Avatar, including the Flight of Passage attraction. In the attraction, scientists will link each Guest to an avatar who rides on the back of a banshee. During this simulated flight on the banshee, you’ll soar over mountains that float and see gorgeous waterfalls and breathtaking coastlines. The ride was so intelligently created, that you can’t help but believe you’re actually flying on a banshee. It’s that realistic, and you won’t want to visit the parks without making time for this attraction. Make sure to reserve a FastPass+ time for it, as the stand-by line continues to be somewhat lengthy, depending on the time of day.