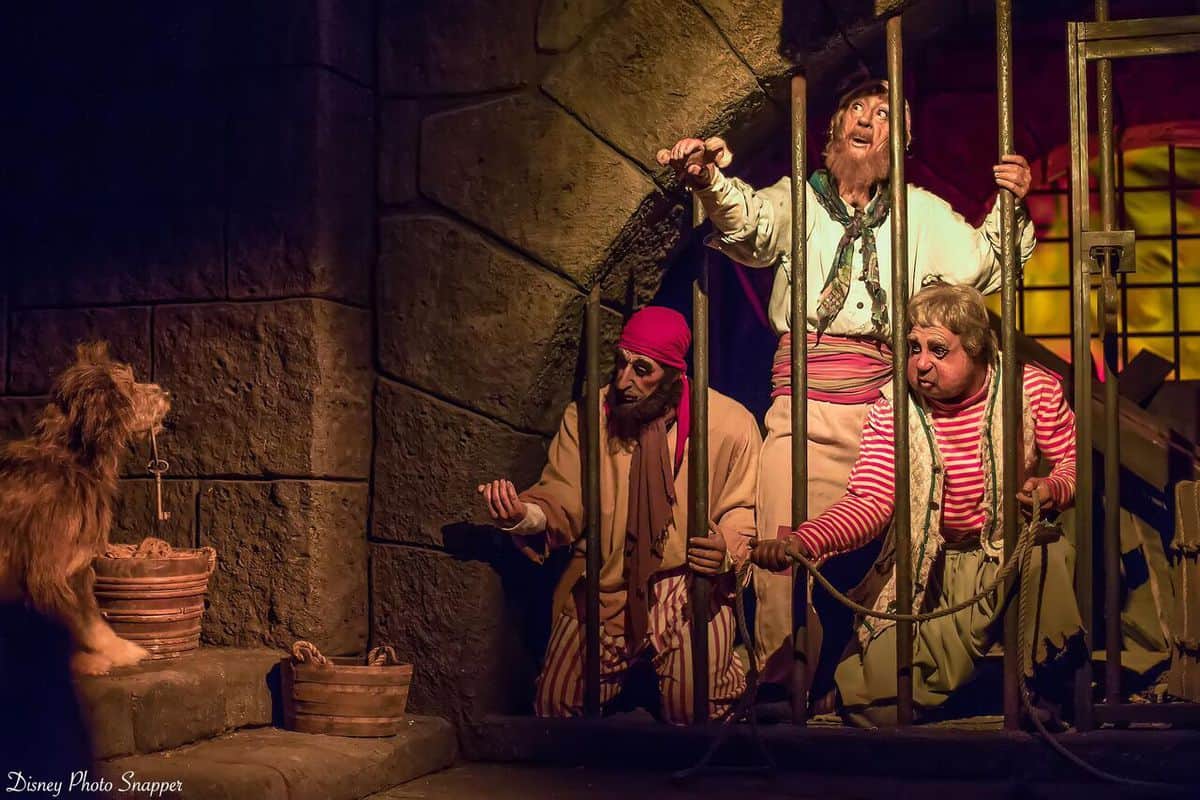 7) Pirates of the Caribbean – Magic Kingdom This dark ride on a pirate ship holds the honor of being the only ride that was ever created before the feature film. It’s true – this ride inspired the Pirates of the Caribbean films. This attraction recently had a refurbishment, during which a drop was added at the beginning of the ride. Though it’s not a thrill ride, the audio animatronics and sets inside the ride are well worth experiencing it. The audio animatronic Captain Jack Sparrow is strikingly realistic! This attraction truly gives Guests insight into what the pirate life looks like. Priceless treasures, some skeletons and a dog that won’t let pirates out of jail are all a part of this fun family attraction. It’s an oldie but a goodie!