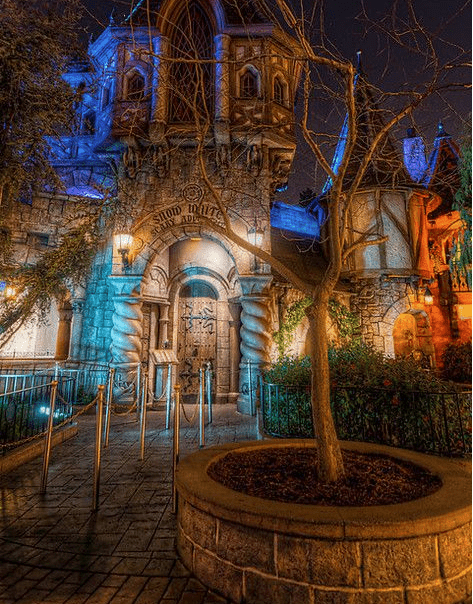 12) Snow White’s Scary Adventure -- This dark attraction took Guests on a ride through the story of Snow White and the Seven Dwarfs. The first version of the ride told the story from the viewpoint of Snow White but did not feature her likeness in the attraction, which was misunderstood by many Guests who questioned why Snow White had no place in a Snow White attraction. But the attraction underwent a temporary closure and upgrade, and when it reopened in 1994, it was a less scary version. In the upgraded version of the attraction, Snow White was added, and the new ride vehicles could hold six Guests, as opposed to four in the previous ride vehicles. Eighteen years later in 2012, Snow White had her final scary adventure as the ride closed to make room for the new Princess Fairytale Hall that was part of the expansion of Magic Kingdom’s New Fantasyland.