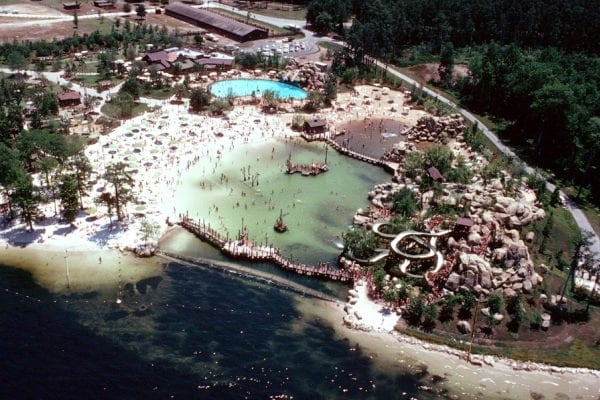 4) River Country -- River Country was Disney World’s first water park and opened on June 20, 1976. It was situated on the shore of Bay Lake and was somewhat reminiscent of an old-fashioned “swimmin’ hole.” The park used filtered water from Bay Lake in its man-made lagoon (that looked very much like it was natural and not man-made!). The park closed at the end of the warm weather season in November of 2001—as it did every November—but in January 2002, Disney announced that River Country would not reopen. Many Guests thought it odd that Disney didn’t demolish the old water park—to this day it is still there, but rusty and devoid of water, of course. However, in March of 2018, Disney filed permits for an undisclosed project—some kind of new development to be built on the property where what’s left of River Country remains. Hmmm…wonder what the Imagineers are imagining for the land.