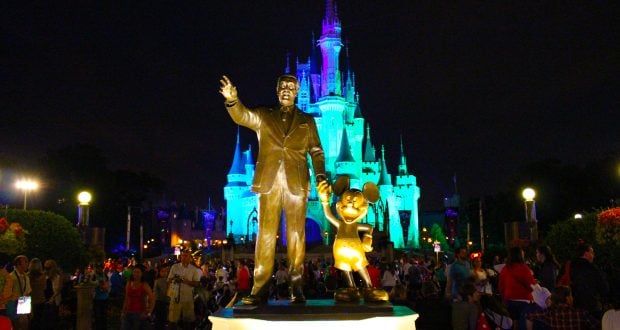 If you’re reading this, chances are that you are a true fan of Walt Disney World. It doesn’t matter if you’ve been once or dozens of times, you understand how unique and special the world’s most popular theme parks are. I don’t usually like using the words “true fans”, but in this case the term fits. Here are 12 things that non-fans do that annoy most people who consider themselves true fans of Walt Disney World.

Some people claim that you shouldn’t go to Walt Disney World because they don’t like princesses. So what? There is so much more to Disney than just princess meet and greets. You can spend an entire week in Central Florida and not get one princess picture, and you’ll still have a fantastic time.

11) Suggesting That the Local Park Is Just as Good

No matter where you live, there is a good chance that there is a theme park or a water park that is a couple of hours or less from your home. Some people have the nerve to compare the local park to Walt Disney World, and then say that it is just as good. There are some amazing theme parks out there, but they still aren’t Disney. Unless you live in Anaheim, California, your local park does not compare to Walt Disney World.

Speaking of your local theme park, it might not have the healthiest and most delicious food choices. People who aren’t Disney fans assume that the food at Walt Disney World is greasy and bland as well. Walt Disney World fans know that the food is one of the things that makes a Disney vacation so special. There are signature restaurants in all four theme parks! Walt Disney World offers some of the best dining in Central Florida, and in the case of Victoria & Albert’s, the entire country. It’s not only theme park food.

People who aren’t obsessed with Walt Disney World sometimes think that it’s “just a theme park”, not a vacation destination. They don’t understand what makes it so special. Don’t bother trying too hard to explain, some people are resistant to magic.

8) Saying That Disney Isn’t for Boys

Not only does this assume gender stereotypes, but it also goes back to the point where there’s more to Walt Disney World than just princesses and happily ever after. There are thrill rides, fun shows, lots of food, and so much more. Boys and girls love Walt Disney World, it is not just for princess obsessed girls.

7) Complaining About the Cost

Disney fans are allowed to complain about the cost all that they want. After all, you’re the one who is working hard to pay for your vacation. Non-fans shouldn’t complain about how expensive Disney is. You wouldn’t tell your neighbor to not buy a car because it costs too much, so why does he think that he can tell you how much you’re supposed to pay on your vacation? Walt Disney World isn’t cheap, but the value and the memories are worth every cent.

Walt Disney World Resort is located in Florida, Disneyland Resort is located in California. Why do people have such a hard time remembering that? Often when corrected the non-fan will reply “same difference”. You have two choices in that situation. You can go into a long explanation about the many differences between the two places, or you can simply roll your eyes.

5) Suggesting You Vacation Somewhere Else

Many Disney fans return to Walt Disney World year after year, vacation after vacation. Sometimes, a well meaning non-fan will suggest that you take your next vacation elsewhere. Kindly explain that you are thinking about maybe heading to Norway, or perhaps you might decide to visit Africa. Then tell your friend that those are just two of the places that you will visit while at Walt Disney World. On a Disney vacation, you can experience several different cultures in one day, that isn’t possible on most vacations.

Don’t you hate it when a friend has been to Walt Disney World once several years ago, and acts like he or she knows everything? This same friend will often be heard giving wrong information, such as saying that someone needs to visit Mickey’s house at Epcot. True fans know that Mickey’s house was never at Epcot, and that it closed at the Magic Kingdom years ago. What is even worse is when someone has read one or two articles and thinks that he or she is an expert. Again, you can either calmly say the truth, or roll your eyes. If the so called expert has been giving someone else wrong information, quietly tell the truth later.

Chances are that at least once you have mentioned your recent trip to Walt Disney World and someone has asked you what you thought of “Hogwarts Land”. First, it isn’t called Hogwarts Land, it’s The Wizarding World of Harry Potter. Second, it’s not located at Walt Disney World, it’s at nearby Universal Orlando Resort. Why do people not understand that they are two totally separate places, owned by different companies? Some non-fans will then argue about it. Be prepared to walk away, you know that you’re right.

2) Thinking It’s Only the Magic Kingdom

1) Assuming It’s Only for Kids