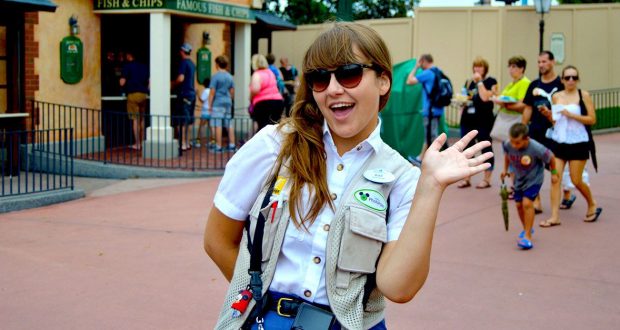 Every guest who enjoys a Walt Disney World vacation is sure to have daydreamed about the magical moments that they experience once on property. Many guests look forward to each moments in the four theme parks, two water parks, Disney Springs, and dozens of Disney Resorts and also engage in some planning to help make their vacation run smoothly. While planning is definitely a good thing, there are some tips that no one tells guests about what to expect once on vacation. These omitted facts include everything from planning facts to help save time to hidden details found throughout the parks to make the experiences more enjoyable. By knowing these special details, guests are sure to make the most out of every moment of their Walt Disney World vacation by avoiding things that can waste time and stopping to appreciate other things that are often overlooked. Here are twelve things that nobody tells guests about a trip to Walt Disney World that are totally useful for getting the most out of a vacation! While guests enjoy their time on a Disney vacation, the magic is constantly created by Cast Members. These wonderful employees fill thousands of different job titles including custodians, architects, food servers, concierges, retail specialists, chefs, ride attendants, security, and entertainment. With so many different job titles for Cast Members, they are virtually always present while guests enjoy their vacations. Cast Members are trained to help instill magic in each little moment, and many of them love to stop and talk to guests about how their day is gong or to answer questions. With so many Cast Members always present, guests might take for granted just how many of them there are. The Walt Disney Company employs over seventy thousand Cast Members in Walt Disney World alone, and every one of them contributes to making the vacation destination such a wonderful place! The Cast Members whose job it is to create, design, and construct attractions are referred to as Imagineers. The whimsical word is a combination of imagine and engineer and that is exactly what these brilliant people do. They dream up amazing experiences for guests to enjoy and they make them a reality using imagination, technology, and skill. While Imagineers are typically not seen on a normal day in the Disney Parks by guests, there are references to them everywhere- many of them intentionally placed. Imagineers love to leave traces of themselves on the attractions that they help to create, often in subtle ways that guests would look right past if they didn’t know what they were looking at. For instance, Marc Davis was an Imagineer who worked on countless classic Disney attractions including the beloved Pirates of the Caribbean. In the final scene of the attraction where Captain Jack Sparrow is sitting with his treasure, a crest can be seen above that reads Marco Daviso which is a subtle and clever reference to Marc Davis. Kali River Rapids in Disney’s Animal Kingdom features a room on its queue filled with paddles that are carved with initials and dates that represent the Imagineers’ names and birthdays and the Sci-Fi Dine-In Theater Restaurant in Disney’s Hollywood Studio features license plates that have Imagineers’ initials and birthdays again. With countless references to Imagineers in plain sight, guests should stop to check out the small details and maybe stumble upon a tribute!

9. Line Up Early For Entertainment Walt Disney World is home to some of the most amazing entertainment in the world. The Magic Kingdom features the Fantasy of Festival every afternoon which captures the spirit and whimsy of fantasy through gorgeous floats decked out with familiar characters. Once night falls, the skies above Cinderella Castle light up with Happily Ever After which combines beautiful fireworks, castle projects, and classic Disney music. Epcot is home to Illuminations: Reflections of Earth which occurs nightly on World Showcase Lagoon. The show combines special effects, pyrotechnics, dancing water, laser lights, and fireworks for an unforgettable experience. Disney’s Hollywood Studios features Fantasmic! in the Hollywood Hills Amphitheater. The nightly show brings guests into Mickey’s imagination for a battle between good and evil filled with special effects, familiar characters, fireworks, pyrotechnics, Disney music, and more. Disney’s Hollywood Studios also brings the Star Wars story to life with the nightly show Star Wars: A Galactic Spectacular which combines projections onto The Great Movie Ride with fireworks. Lastly, Disney’s Animal Kingdom features the Tree of Life Awakenings each night. These short animated vignettes are projected onto the Tree of Life and showcase the beauty and splendor of nature. With so many amazing entertainment opportunities in Walt Disney World, guests might not realize the importance of lining up early to ensure a good seat. Each of these experiences is very popular with guests, so the good spots tend to fill quickly making it a great idea to line up at least an hour early to secure a perfect view.