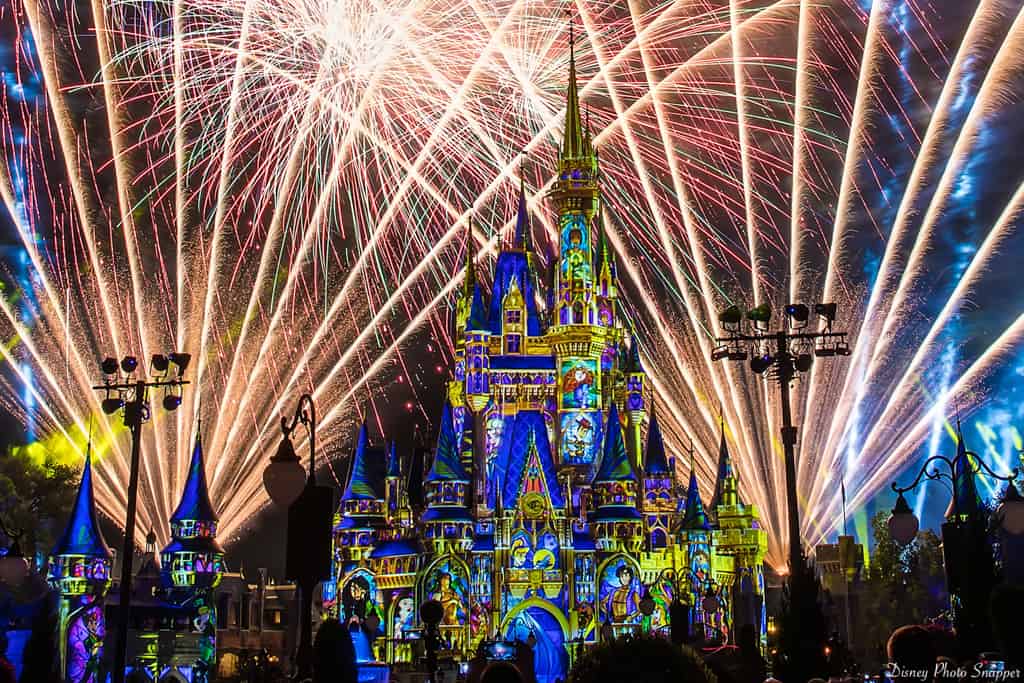 Sponsored by Pandora Jewelry, this new nighttime spectacular at Magic Kingdom has been described as “the most spectacular fireworks showcase in Magic Kingdom history” by Disney. More lasers, lights and projections are used in this production than in any previously presented show at Magic Kingdom. Guests are wowed by images that are projected onto Cinderella Castle, which transform the iconic castle into a virtual storybook. During the 18-minute show, stories are told from classic Disney films, as well as some new ones, including Aladdin, Big Hero 6, Brave, Frozen, The Incredibles, The Lion King, Moana, Mulan, Toy Story, Up and more. This experience is one more thing to love about Magic Kingdom, so if you haven’t seen it yet, it’s worth staying late at Magic Kingdom so you can check it off your Disney World bucket list.